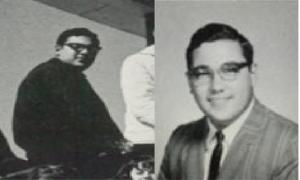 Is Michael D’Andre killed in Taliban attack on US military aircraft in Ghazni?

Michael D’Andrea is a high rank CIA officer who entered CIA at the same time of Iran’s revolution and was promoted to head of CIA operations in Iran in June 2017.
He is 60 years old and from Virginia and knows Kurdish and Arabic. He married a wealthy African woman Faridah Currimjee and is a Muslim!

He has many aliases such as undertaker, the dark knight, Ayatullah Mike, etc., and it is said he designed many operations such as finding and killing Osama bin Laden, drone attacks to leaders of al Qaeda in Pakistan, Afghanistan and Yemen, assassinating martyr Imad Mughniyah, recent riots in Iran, assassinating martyr general Soleimani and martyr al-Muhandis.

It is said he has a high role in project 2020 against Iran and has many plans to overthrow Iran’s Islamic government.

Regardless of extensive propaganda by West to highlight these people, some sources claimed he was killed in the recent incident for the American plane in Ghazni.
Authorities and official media have not confirmed it yet but local sources in Ghazni said that in the American plane crash four people died and two wounded who are captured by Taliban.