Why did the Saudi coalition operation fail in Haradh? Map + Video 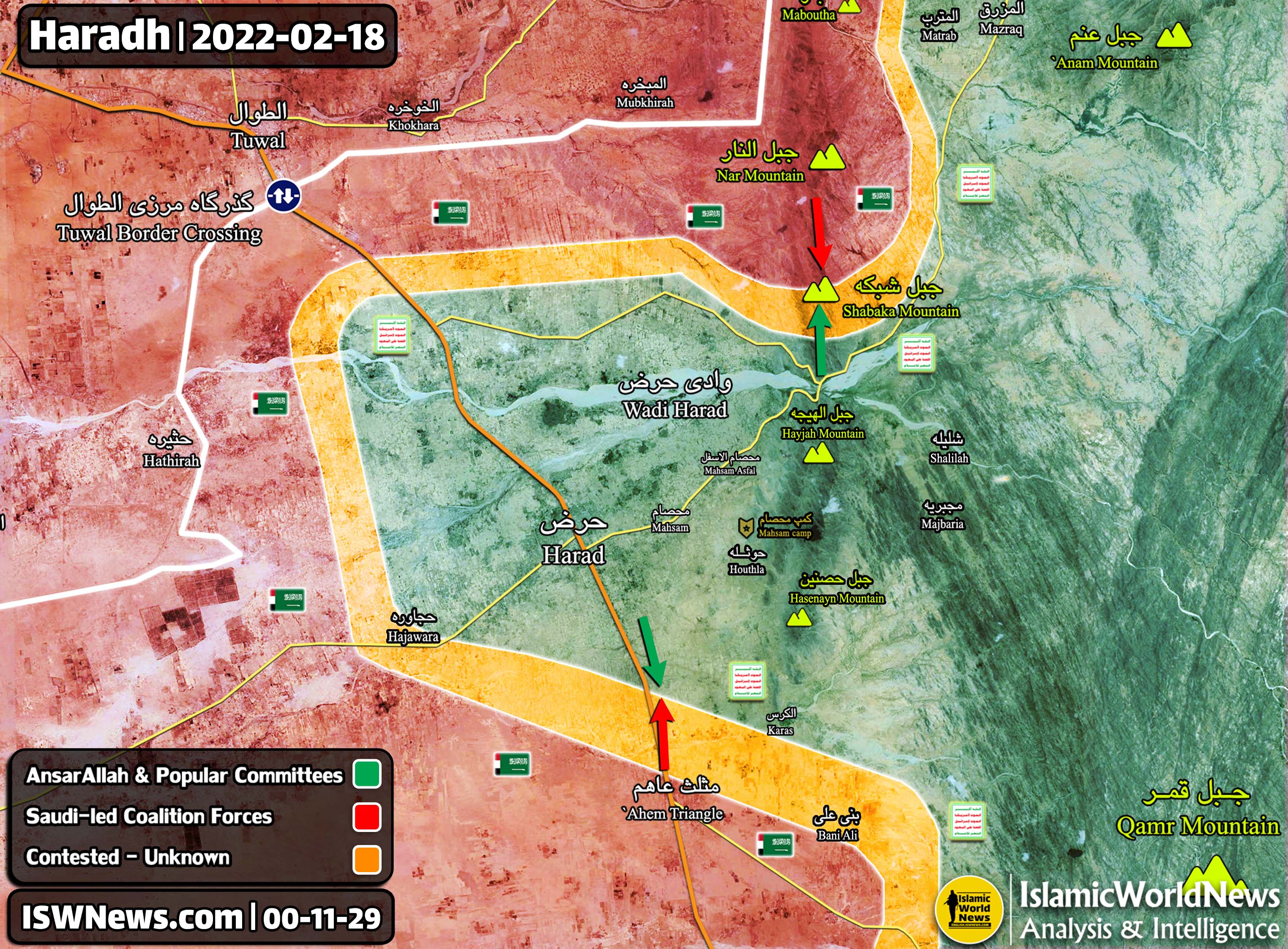 According to ISWNEWS analysis, Ansar Allah destroyed a CH-4 drone during the operation and carried out four missile and drone attacks on Saudi coalition positions and gatherings, the details of which are as follows:

The Saudi coalition has used at least 6,000 ground troops in the operation, including the 1st Brigade, al-Asifa (Storm) Brigade, Armored Battalions, Special Forces and Cavalry Forces under the command of Mansour Hadi army. Several battalions of the Sudanese and Saudi armies have also provided support to operations and battles in al-Tawwal area, the number of which is unknown.
Saudi coalition warplanes also bombed the northern fronts of Hajjah province 115 times during this period, which seems very heavy due to the small size of the area.

In general, the reasons for the failure of the Saudi coalition operation in Haradh can be summarized as follows:

It should be noted that this operation was the second serious attempt by the Saudi coalition to capture the town of Haradh. Prior to the operation, the Saudi coalition had completely besieged Haradh town in December 2018, but the siege was broke by Ansar Allah’s attacks from the eastern flank and the coalition was forced to retreat.

Haradh district has a population of more than 100,000 and is located in the north of Hajjah province and the south of Saudi Arabia’s Jizan province. The center of this district, the town of Haardh has been under a quasi-siege since April 2018 and is currently uninhabited by civilians. After the battles of the city of Aden, the battle of Haradh can be considered the second urban warfare in Yemen; with the difference that Ansar Allah succeeded in defeating the coalition in the battle of Haradh.