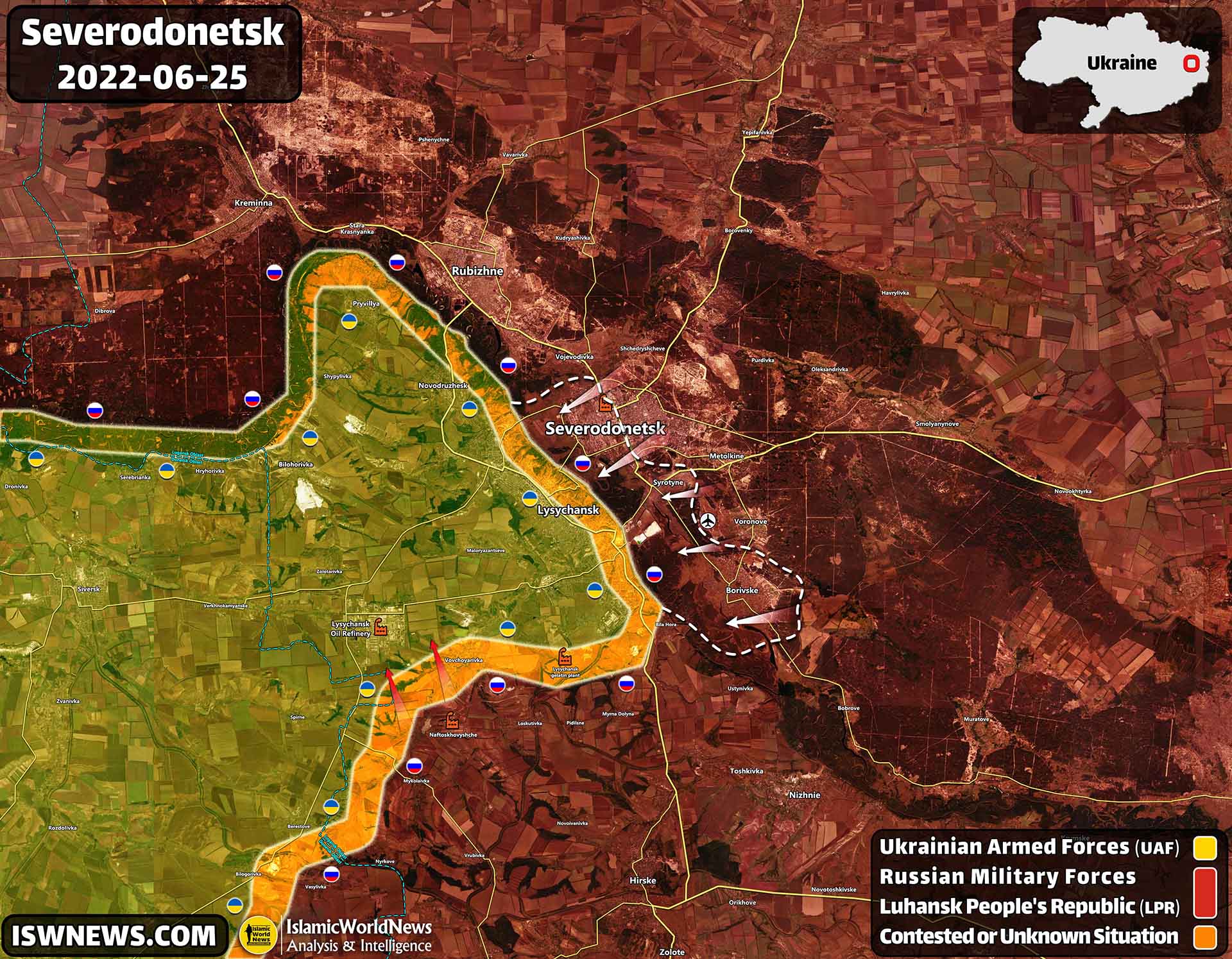 During the Russian advance, in addition to the city of Severodonetsk, the Syrotyne and Borivske settlements also came under Russian control. According to the information provided, the newly captured areas is about 145 square kilometers. However, the resistance of the Ukrainian forces in the city of Severodonetsk and the surrounding areas until the last day was very good and notable; But now, with the Russian occupation of the city, the morale of the Ukrainian forces to maintain the remaining areas in the Luhansk oblast will practically disappear, and we will probably see faster defeats and early retreats to the Bakhmut-Slavyansk-Kramatorsk line.

Currently, most of the clashes are concentrated in the Vovchoyarivka area and south of the Lysychansk refinery. The purpose of the Russian advance on this axis seems to be to pressure the Ukrainian forces to withdraw from the city of Lysychansk.