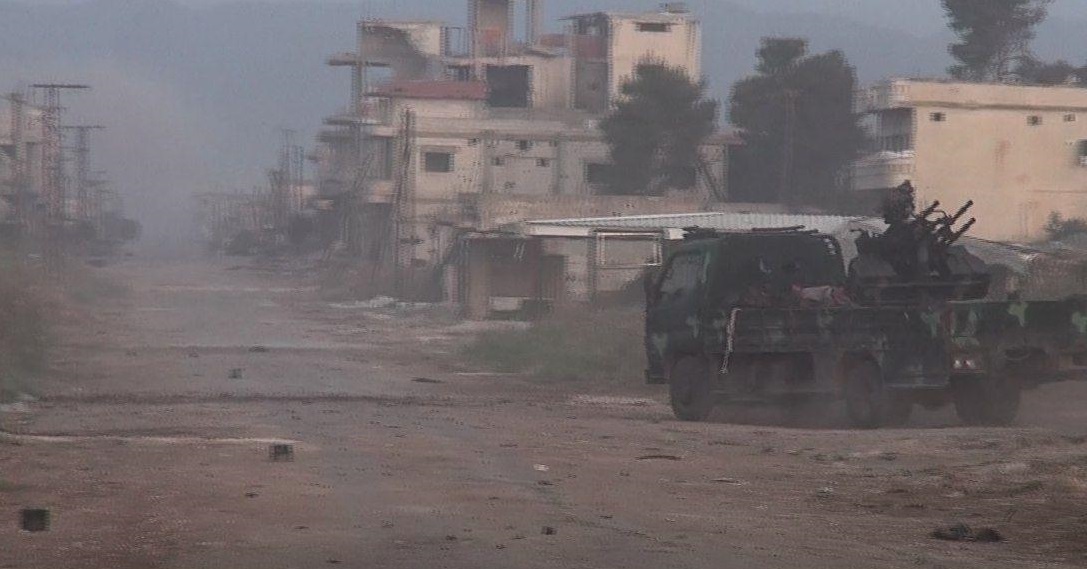 Particularly, last night Tahrir al Sham terrorists and allies after 4 waves of attacks entered the town and engagements came inside the town.
But no evidence, footage or image was released by either side and contradicting information suggests the engagements are still continuing.

So far 70 kills of militia were confirmed by themselves but most probably their casualties are above 100. No accurate information is available about Syrian Army’s casualties but they should have high loss as well.

Regarding the importance of Kafr Nabuda; Kafr Nabuda and also Qalaat Madiq are the first defensive line of militant in south of Idlib province and Syrian Army, if claiming the city, has a great position to continue operations toward north and has upper hand in Khan Sheikhun to Al Ghab Plain axis. Thus militia are striving hard to reclaim the town.

Point 1: Halting the operation in northwest of Hama by the Army after liberation of some points was a deadly mistake and it is still a question for us that if Syrian Army and allies learned their lesson after several years of fighting with militants?!
Point 2: Presence of several different terrorist groups from different countries in Kafr Nabuda battle is one of the rarest and most unusual operations of the militants in the battles of Syria. This shows the great importance of Kafr Nabuda for militants and supporting counties.

There are many conflicting news that can not be verified; but based on available information & our sources, without prejudice, the situation in Kafr Nabuda is roughly something like this map for now: