Latest Version of Bavar 373 Will Be Unveiled

General Farahi, former head of Iran Ministry of Defense Aerospace Organization announced: “The latest version of Bavar 373 air defense system is being designed and, God willing, this system, which has a capacity of more than S-400, will be unveiled soon.” 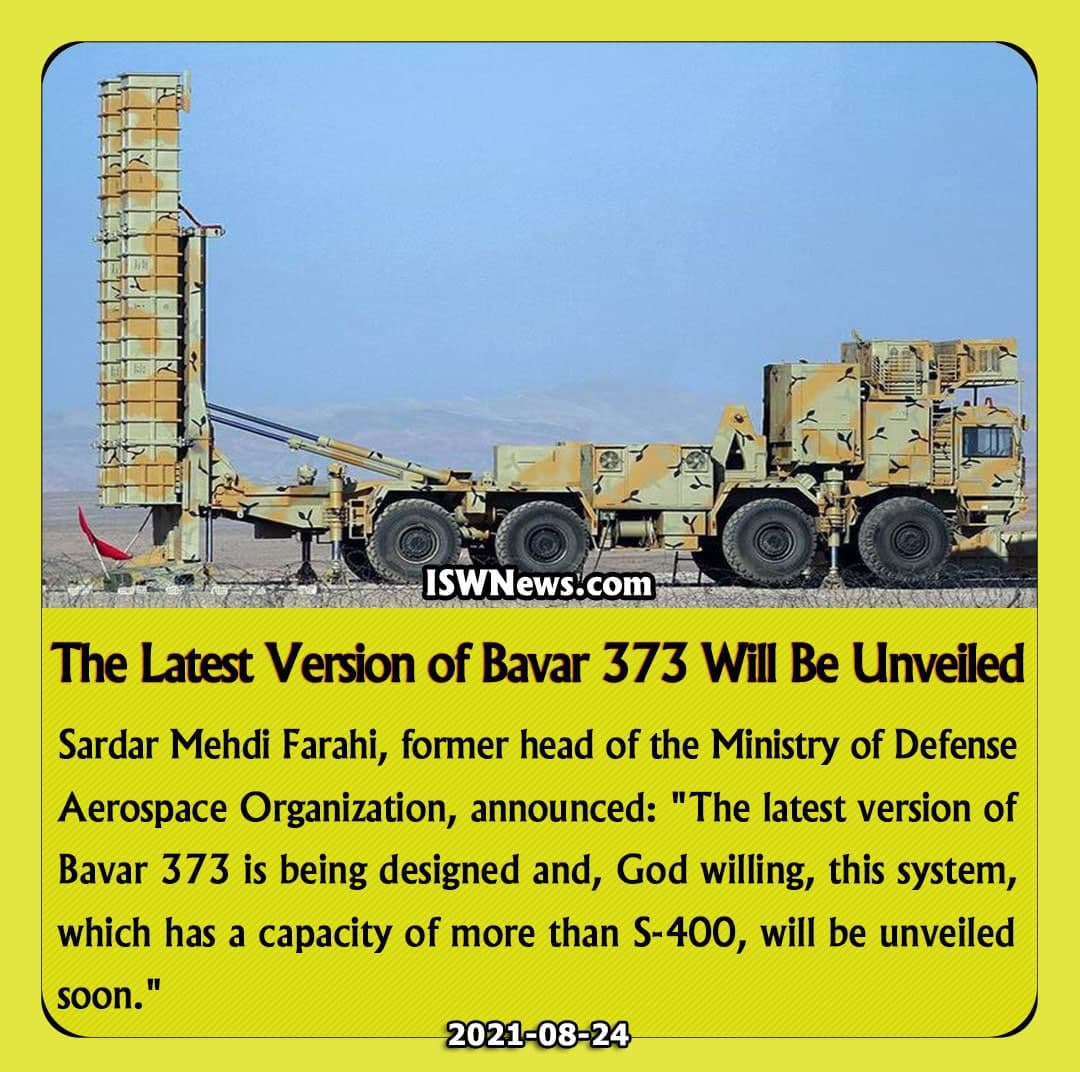