The Islamic Revolutionary Guard Corps (IRGC) unveiled the Meraj-521 miniature loitering munition for the first time. The Meraj-521 drone is very similar to the US Switchblade loitering munitions in terms of appearance and performance, and is considered a new and important initiative in the combat organization of the Iranian Armed Forces. 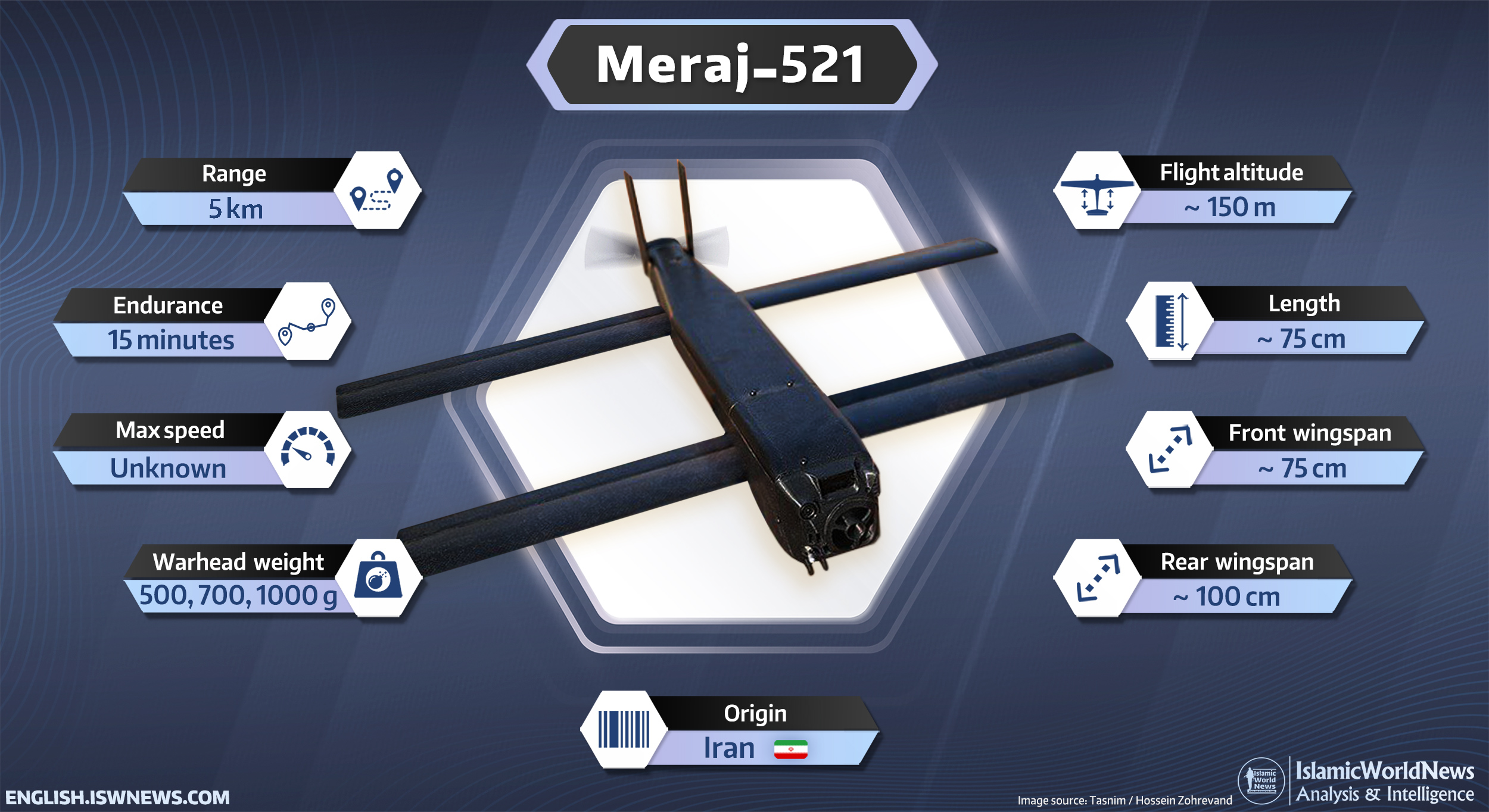