The Mi-24 is a heavy multi-role helicopter with offensive capabilities and personnel transfer, produced in 1969 by Mil Moscow Helicopter Plant, a Soviet, and later a Russian designer and producer of helicopters. Mi-24 Attack Helicopter is in service since 1972. 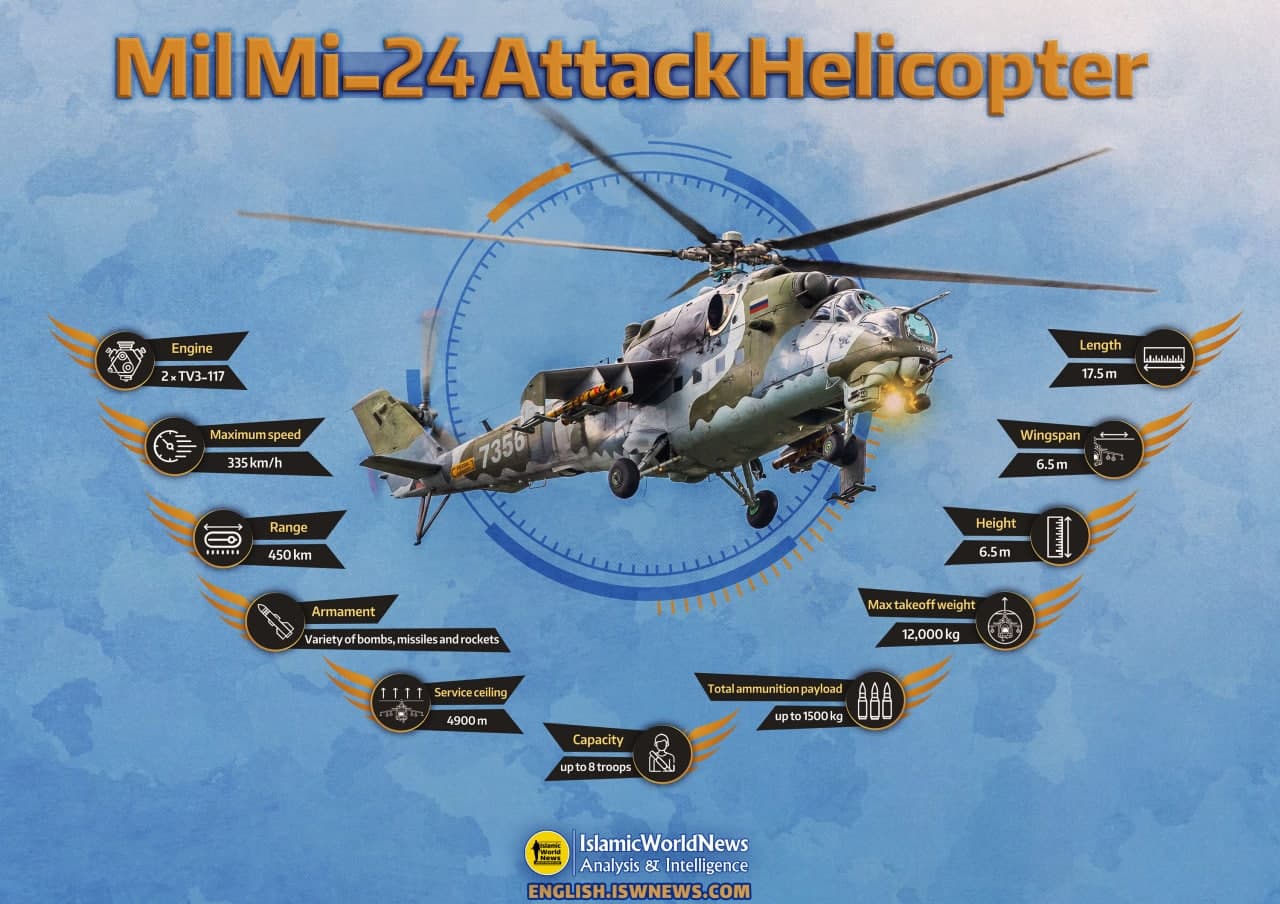