According to the Watson Institute, the cost of the US war in Afghanistan since its inception in the fall of 2001 has reached a staggering $ 2.26 trillion. Also during this period, 241 thousand people were killed as a result of this war. 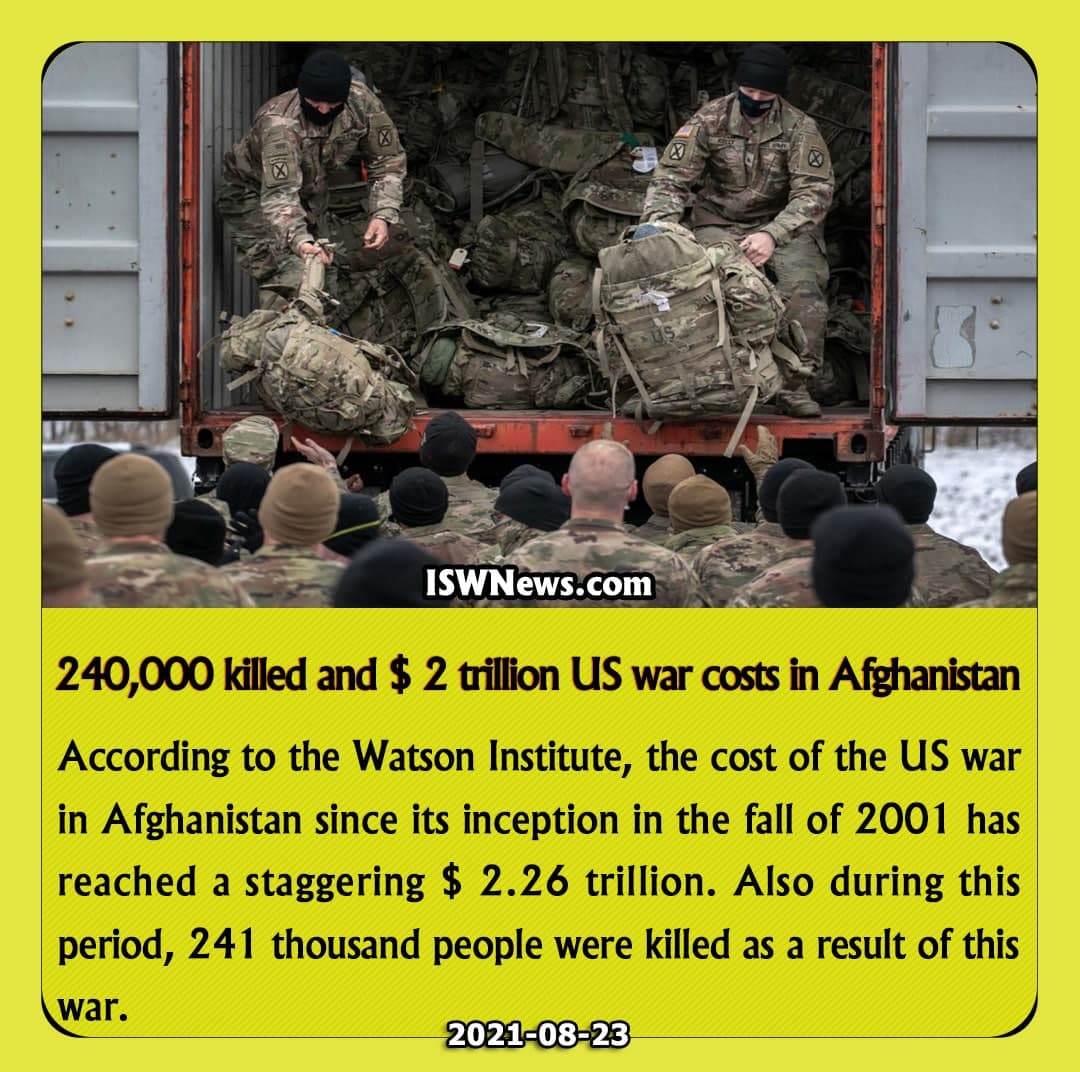