Millions of Iranians from all backgrounds have taken to the streets around the country to celebrate the 40th anniversary of the Islamic Revolution.

After the Revolution, Iran achieved independence and Iran is now a leading independent country in the region while many countries in the world, including countries in South America have bowed down to US. 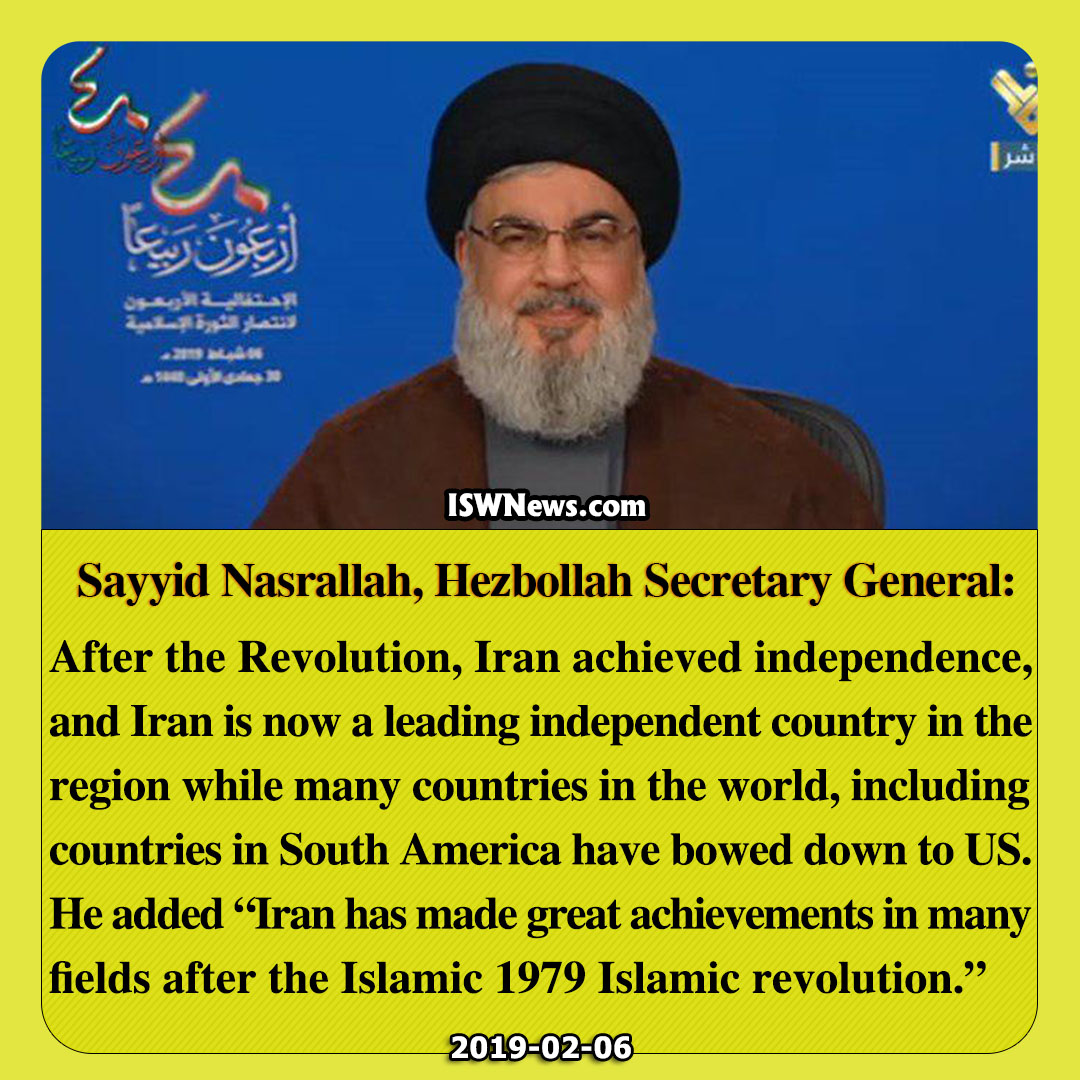