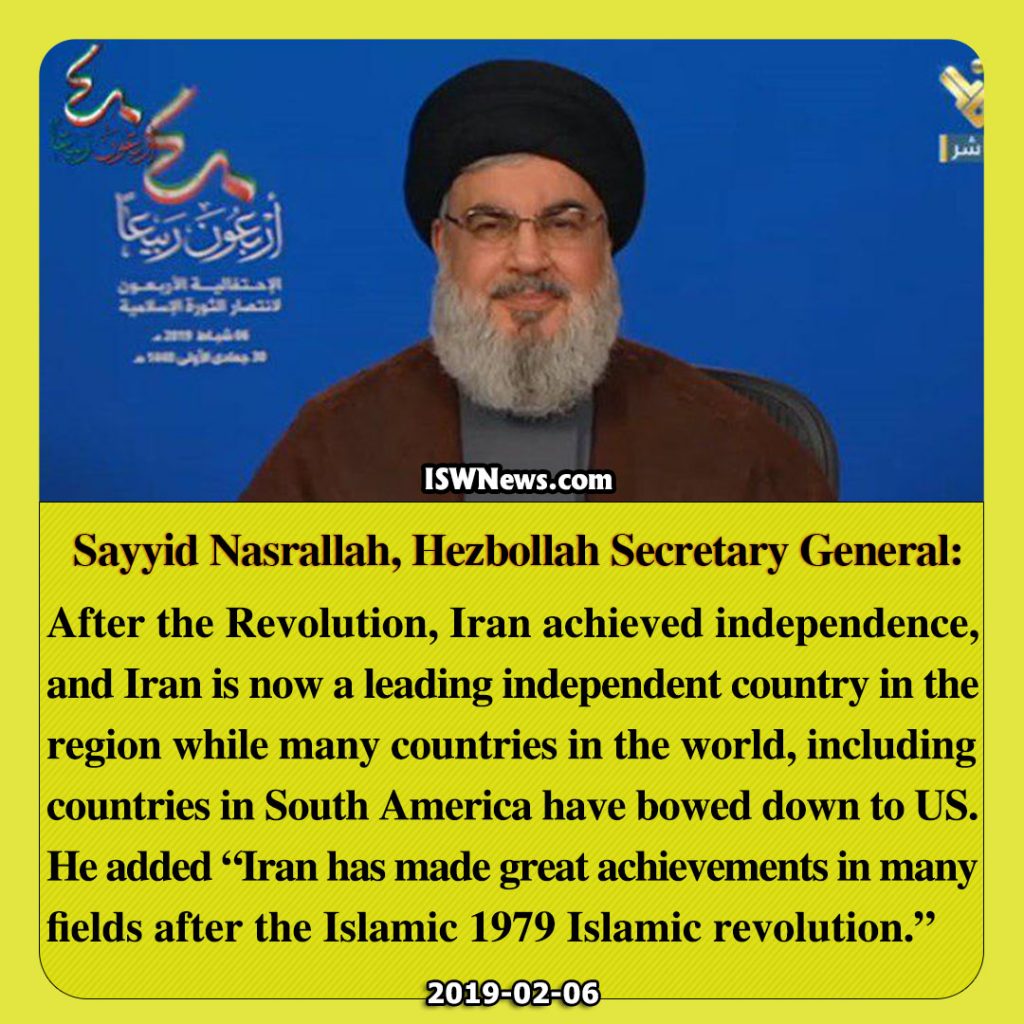 After the Revolution, Iran achieved independence and Iran is now a leading independent country in the region while many countries in the world, including countries in South America have bowed down to US.