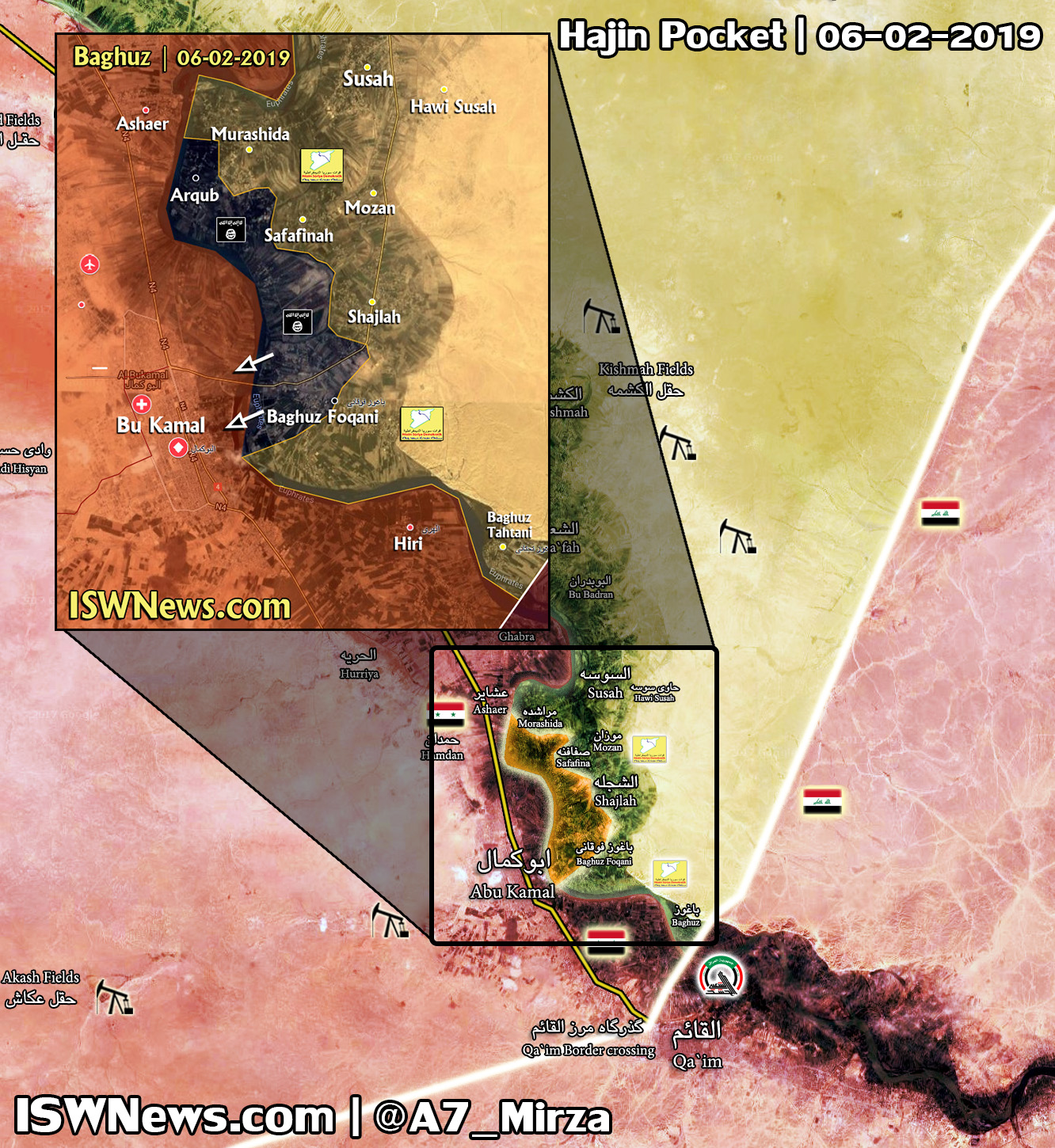 At the moment ISIS terrorists are under siege by SDF in a small area in Baghuz Foqani and around Al Murashidah.
It is noteworthy that a few days ago, ISIS by using underground tunnels could reach Iraq’s border but faced firm resistance by Iraqis and had to retreat.