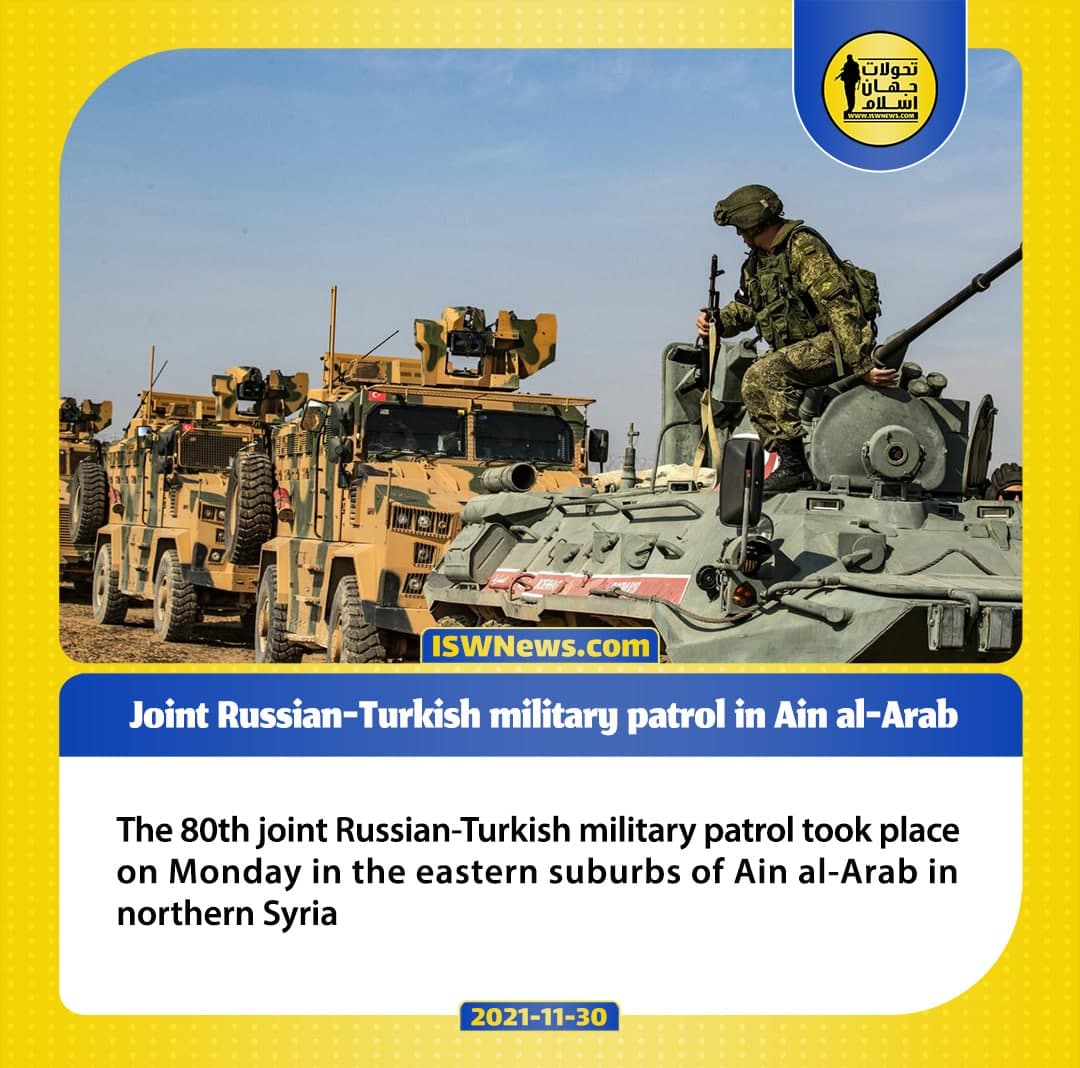 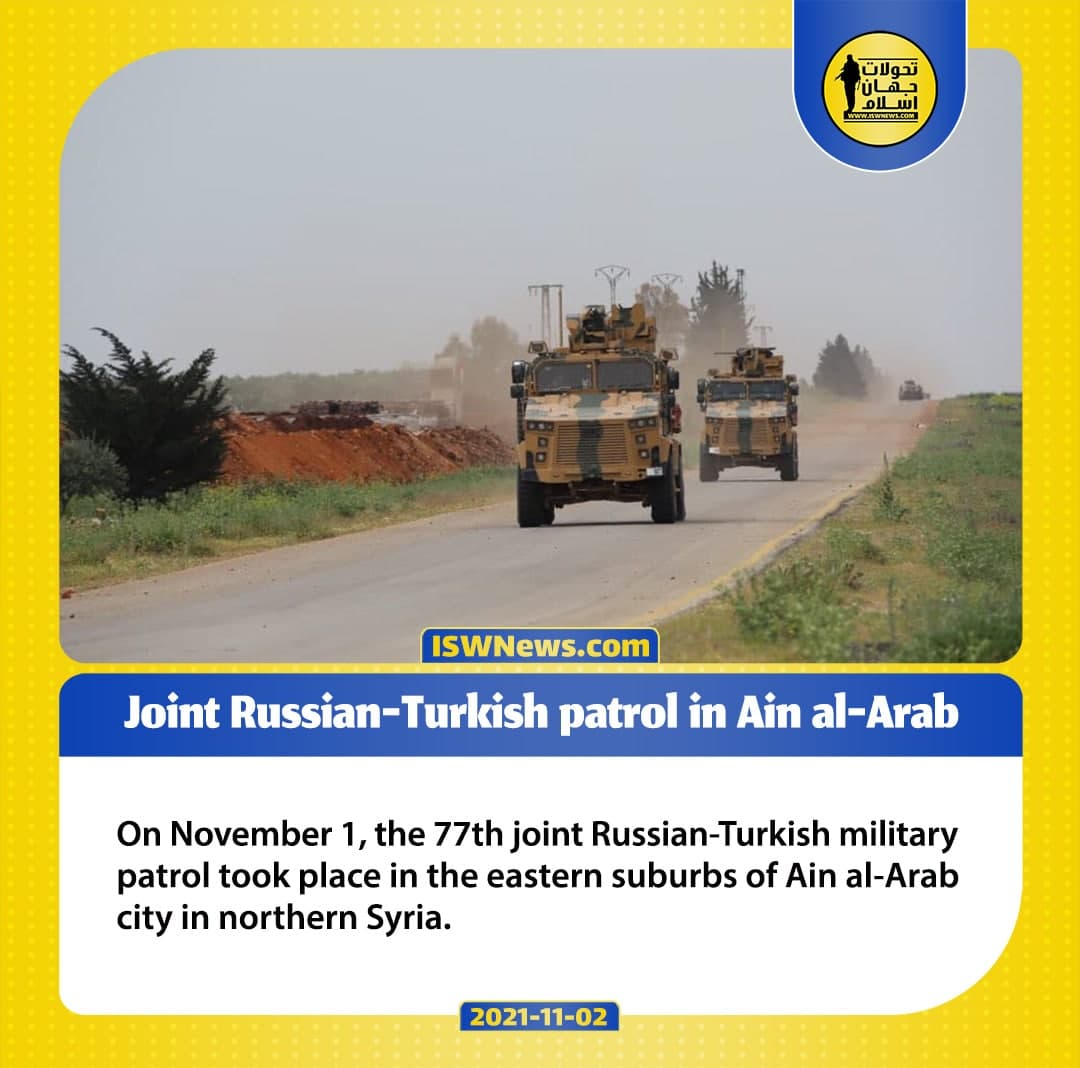 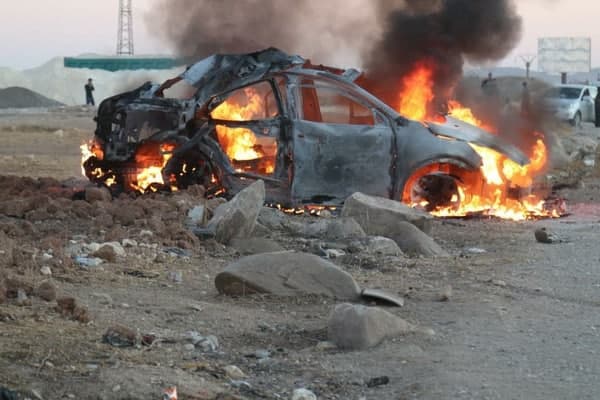 ISWNews Analysis Group: Russian Military Police and Turkish forces conducted their 68th joint patrol since the start of ceasefire agreement near the city of Ain al-Arab in northeast of Syria. 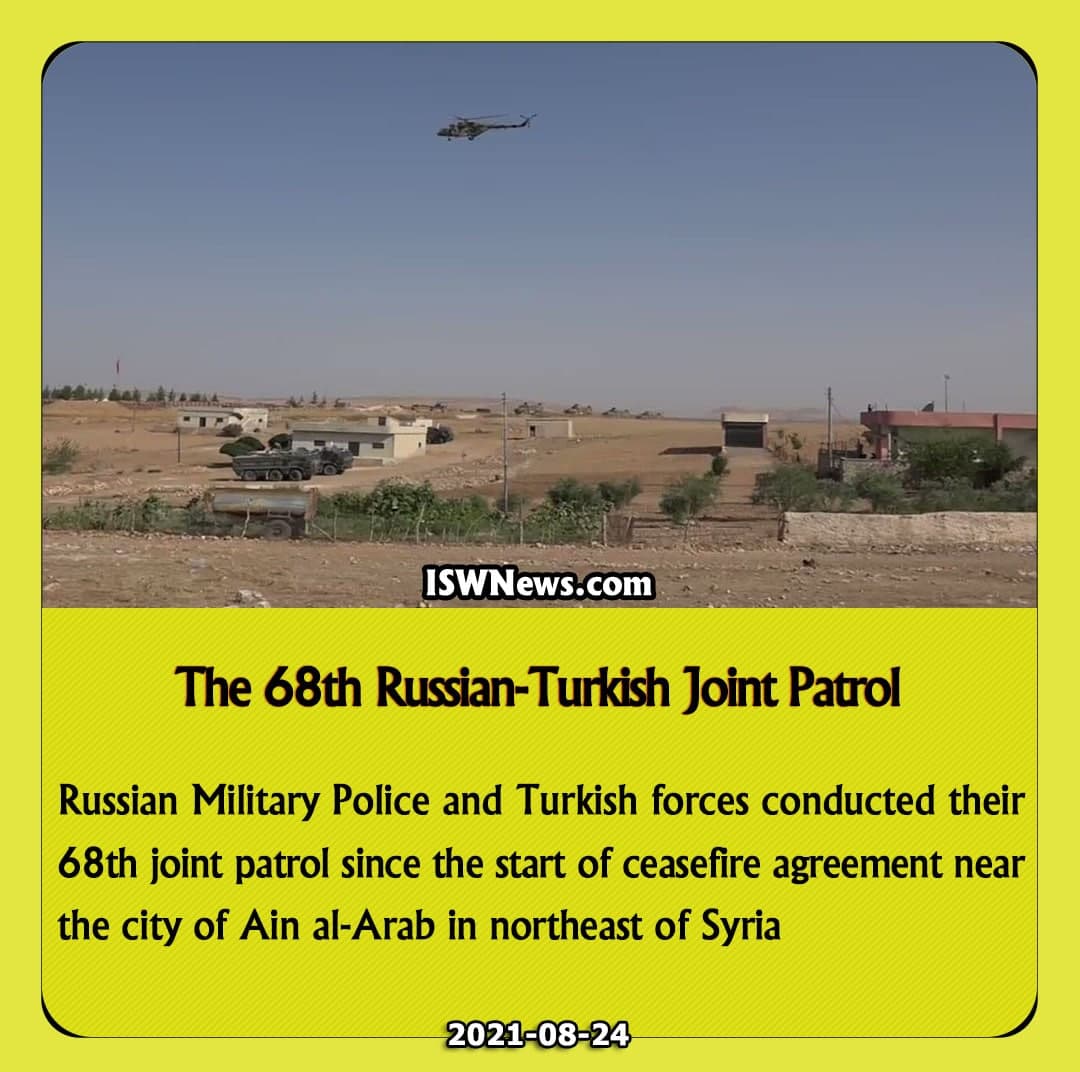