Evacuation of Heavy Weapons from DMZ in Northwest Syria

Following the official announcement by the spokesman of the “National Front for Liberation”, the group is pulling out its heavy weapons from the buffer zone agreed between Russia and Turkey to a depth of 20 km in Idlib. 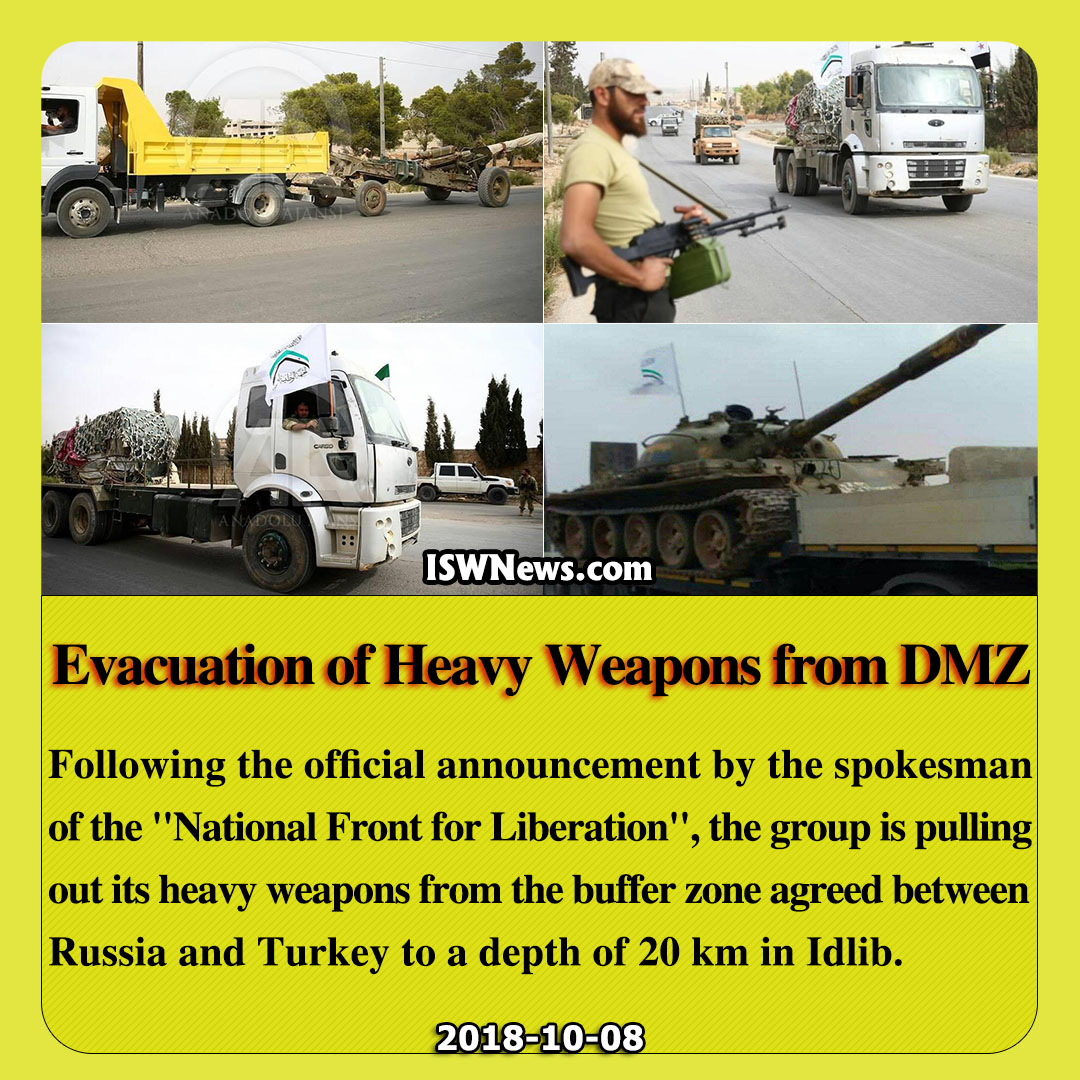 Presidents of Iran, Russia and Turkey Meet in Tehran and The Start of Intense Bombardment of the Militants in Northwest Syria

Islamic World News Analysis Group: On Friday, September 7, the third meeting of the three countries of Iran, Russia and Turkey was held in Tehran to discuss the future of Syria.