After the Trump administration recognized Israeli sovereignty over the occupied Golan heights, Netanyahu vowed to build a new settlement in Golan. 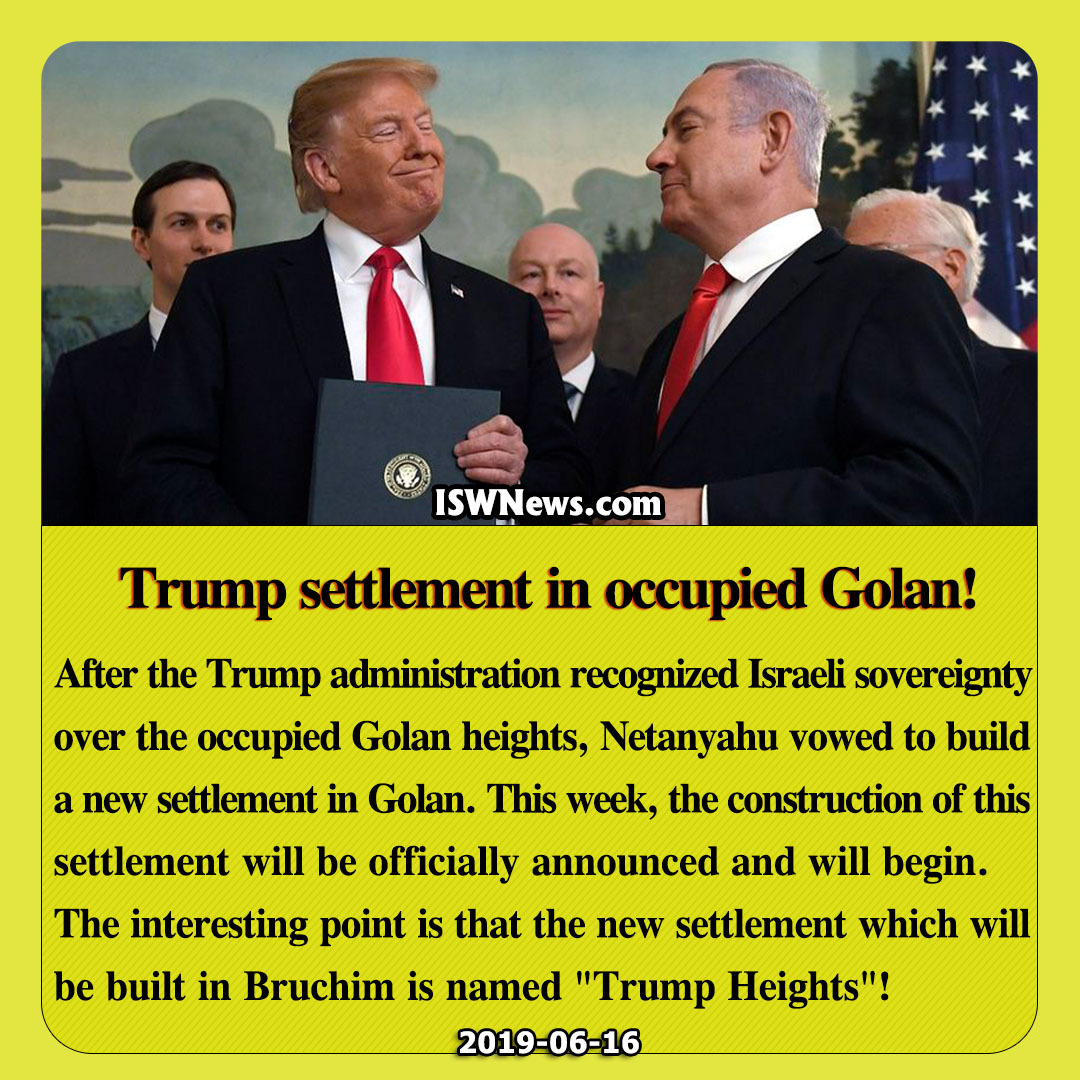 Islamic World News Analysis Group: Israelis in a controversial act, have evacuated “White Helmet” forces from south of Syria and they will later be transported to Britain, Canada, and Germany; These forces have a very long history of making up lies against Syrian Government, and collaborating with terrorist groups.