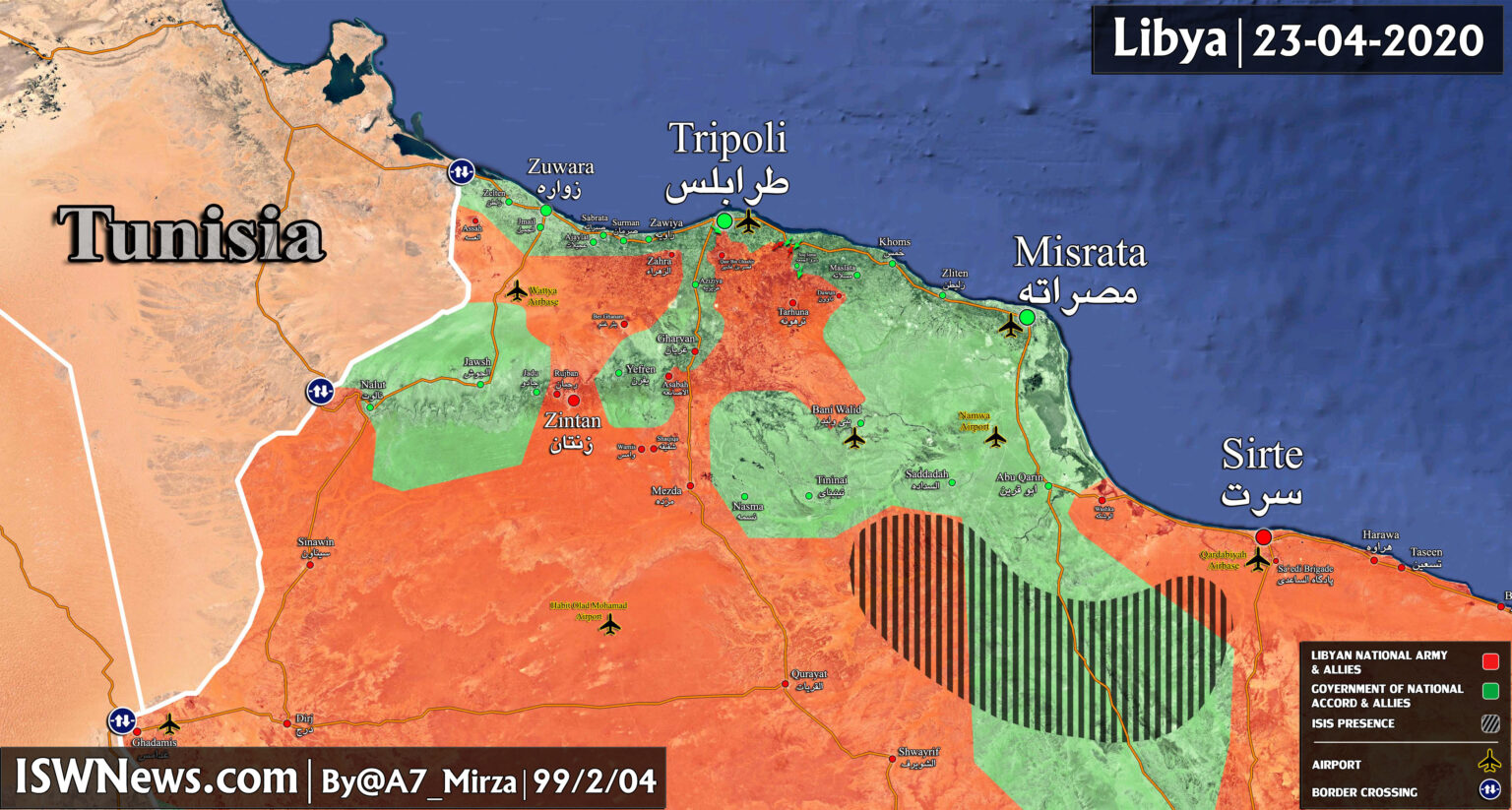 2. Tripoli:
– The Libyan National Army (LNA) forces offense in al-Mashrou axis and northern & western bearing of al-Hamza base.
– Clashes between National Army and and National Accord forces in regions of al-Sharidat and al-Rawajih in Qara Bullali.
– The LNA have targeted the positions of Government of National Accord (GNA) and Turkish military advisors in Mitiga International Airport.

3. Tarhunah
– The spokesman for the GNA forces reported a strike against the LNA convoy in Tarhunah.
– During the clashes between the GNA and the LNA forces in the vicinity of Tarhunah, which resulted in destroying several military and armored vehicles of LNA and imprisoning 4 LNA soldiers.

4. The Government of National Accord (GNA) have protested against the aggression of French aircraft in Misrata airspace.