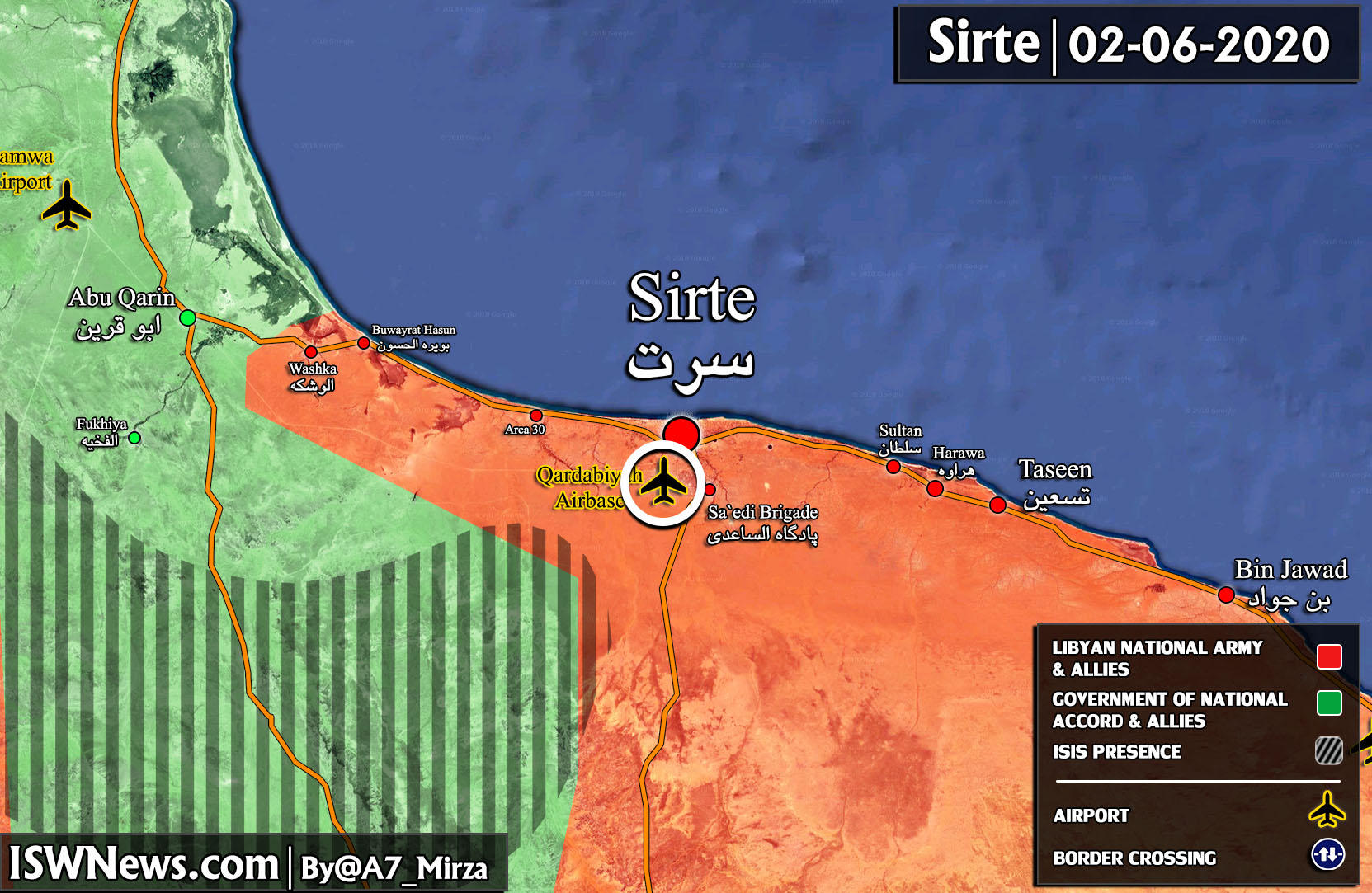 LNA submitted control of Ghardabiya important airbase to Russian forces.
This base has dual application both military and civilian located 15 km south of Sirte town.
Ghardabiya was one of important Muammar al-Gaddafi bases which was bombed by USA during the Libya civil war and in 2015 was claimed by ISIS for a short period of time. Since 6 January 2020 is controlled by LNA.

This news shows general Haftar and his foreign supporters plan to control north of Libya including towns Sirte and Misrata.
Russians presence in Sirte in addition to LNA preparation for operation in north of Libya indicate new attacks on GNA positions in Misrata and Tripoli.