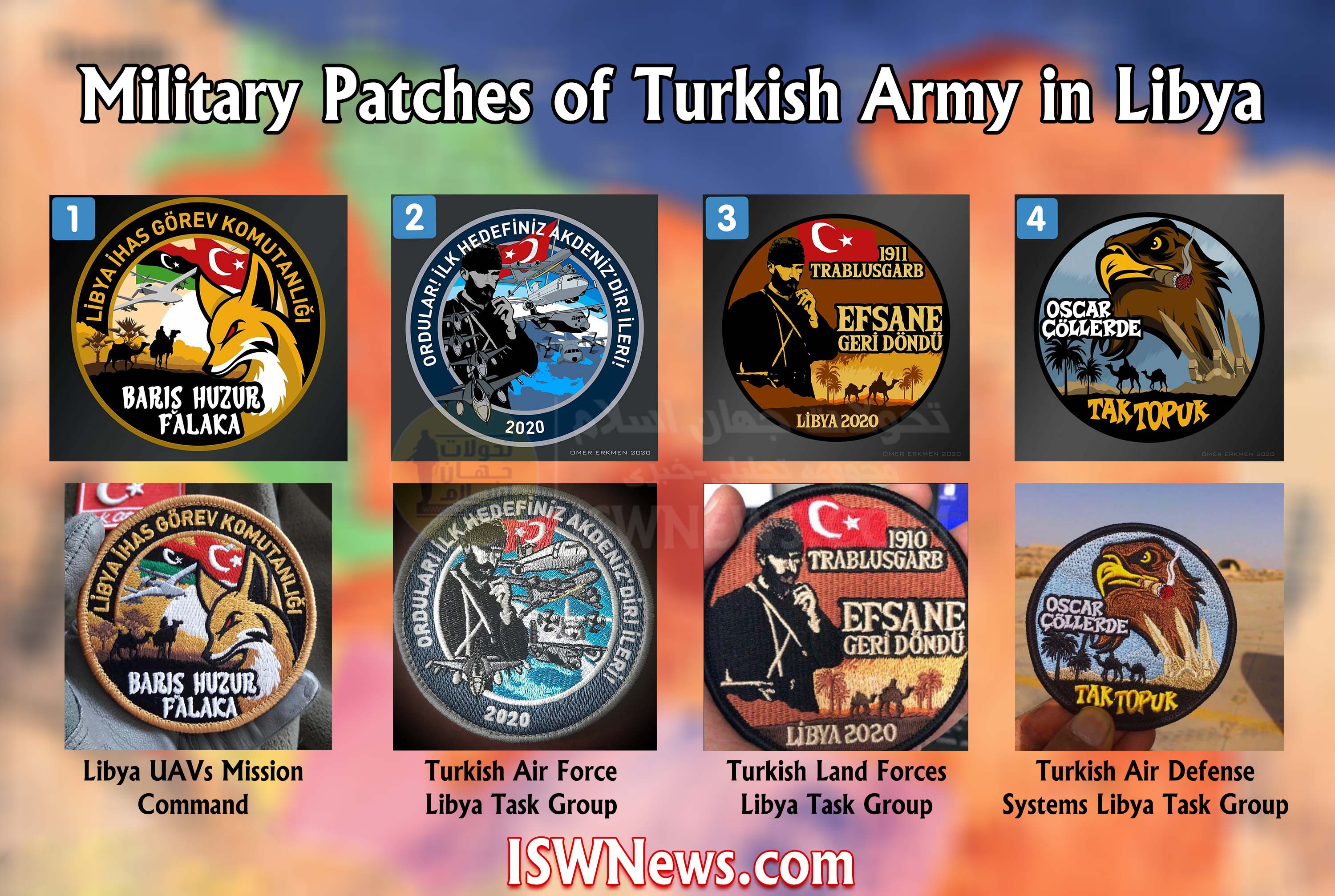 In recent days, images of the patches of Turkish forces in Libya are circulating which is very interesting in its kind. These patches have become more formal after the signing of the military cooperation agreement between Turkey and Government of National Accord.

Although these patches have not yet been confirmed by any Turkish officials, but at least the background image of one of the patches is from the al-Watiyah air base in northwest of Libya, that has been captured recently by GNA.

As it’s clear in the pictures, each of these patches contains its special messages. Beside the sense of humor that has been used in these patches, using the Ataturk symbol and mentioning to the old years of the Ottoman presence in Libyan soil, showing clearly the desires and dreams of Turkish militarism in Libya.