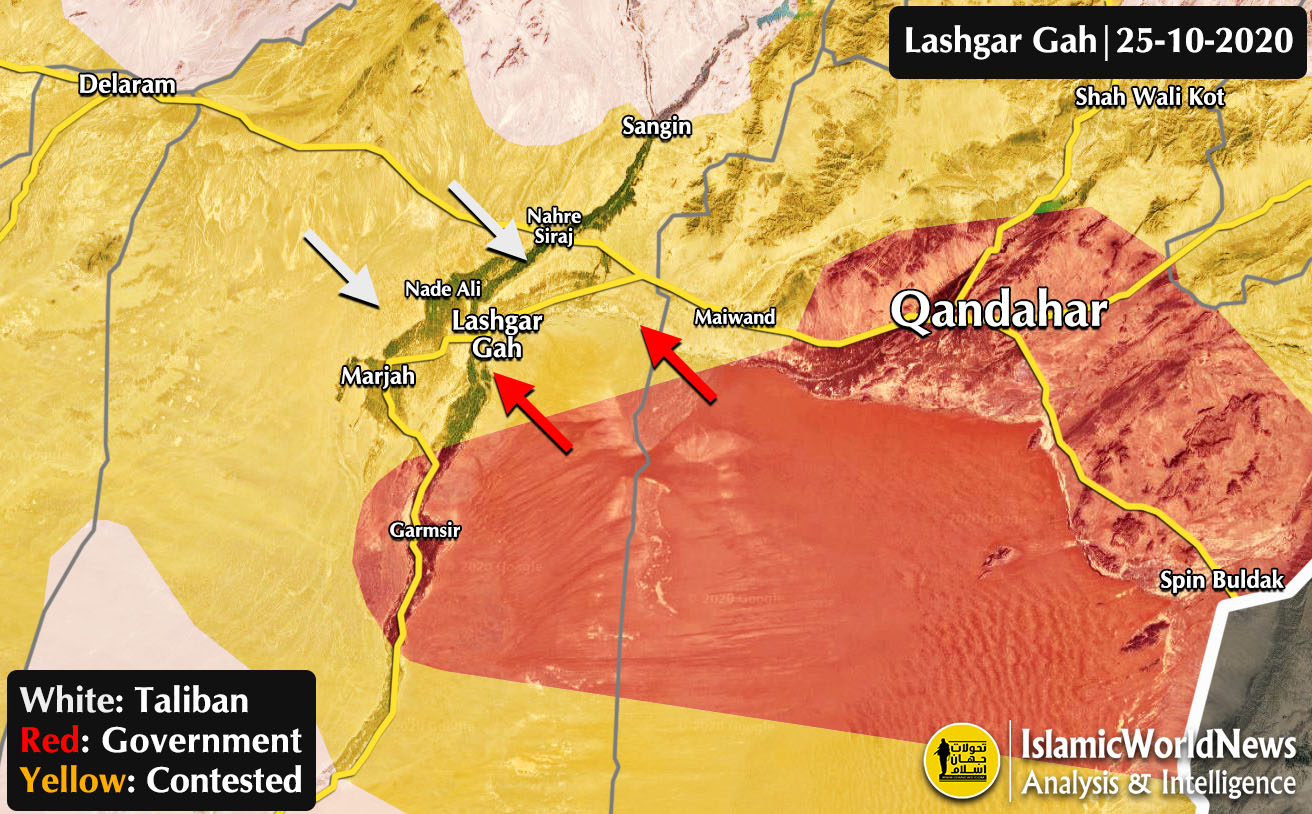 According to the latest news from Lashkar Gah, the capital of Helmand province, the Taliban have launched heavy attacks since October 11 to seize the town and its suburbs, including Nade Ali, Nawa and Nahre Siraj.
The Taliban have already pledged in a peace deal with the United States not to attack major cities in Afghanistan’s provinces, and the central government sees the Taliban as violating the agreement and the United States disregarding the agreement.

According to the latest information released from the region, the Taliban managed to take control of Babaji, Bolan and security checkpoints in the fourth and fifth districts of Lashkar Gah in the first days of their attacks, and clashes are currently taking place in the seventh and eighth districts.

Helmand province is one of the southern provinces of Afghanistan with a population of nearly one million people and has become one of the most volatile areas in Afghanistan after the arrival of US and NATO forces. British forces are stationed at bases in the province and it is estimated that 60% of Afghanistan’s poppies are grown in Helmand.