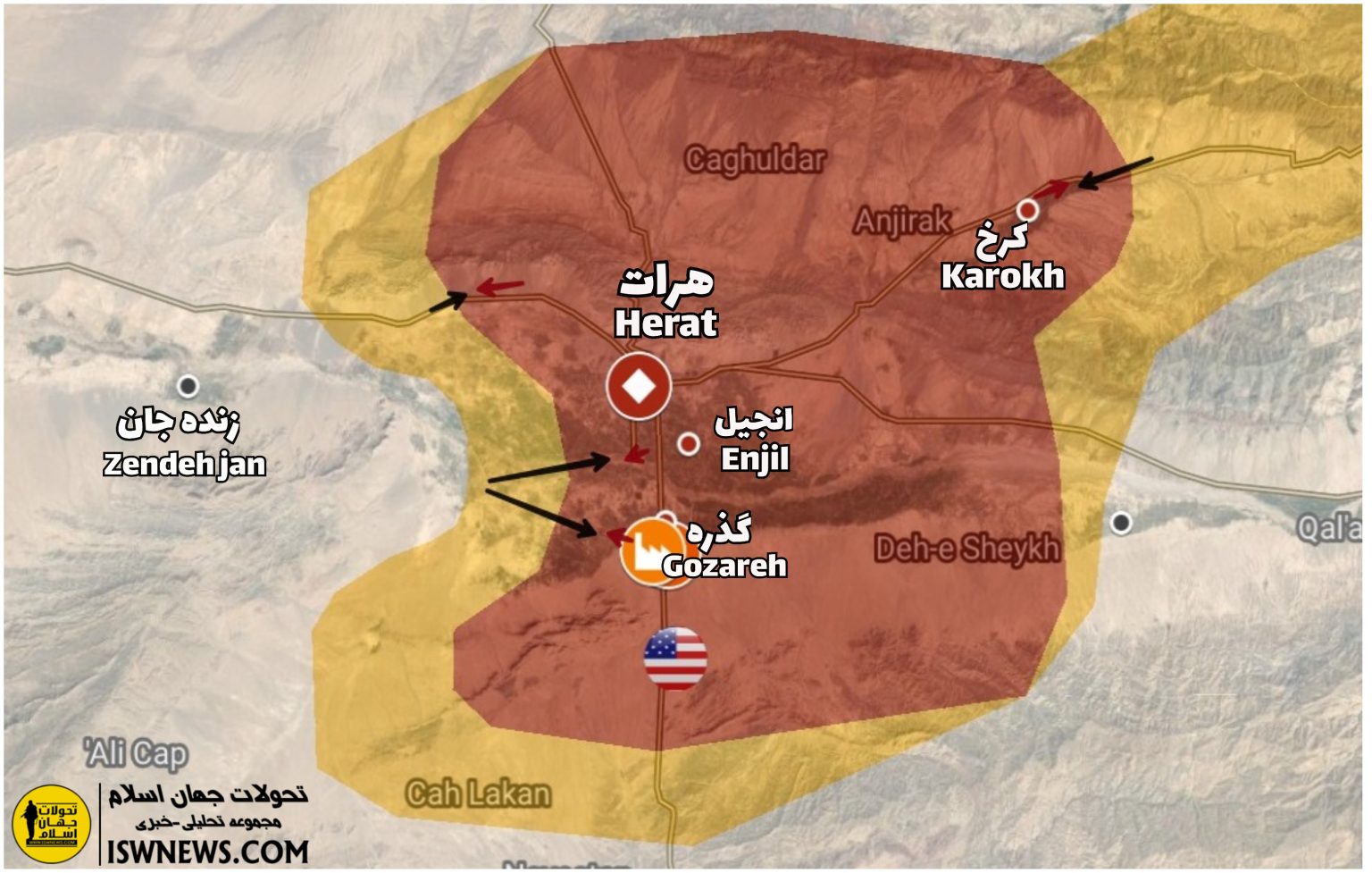 ISWNews Analysis Group: Clashes between Taliban and the Afghan army continued on the outskirts of Herat city.

According to the latest news, in the past 48 hours, despite heavy attacks by Taliban militants southwest of Herat, the army has so far managed to maintain its positions in the districts of Gozarah and Enjil with air support of US warplanes, and ground support from Ismail Khan’s forces and forces loyal to Mullah Abdul Manan.

Afghan Army warplanes bombed the town of Zande Jan and Ghourian yesterday, killing and wounding an unknown number of Taliban militants. The airstrikes also severely damaged the historic entrance gate of the city and the Ghourian governorate building, and Taliban militants relocated their headquarters in Ghourian to other locations.
The remnants of Mullah Abdul Manan Niazi forces also positioned on the Karokh front, and Ismail Khan personally went to the front of the Malan Bridge in southwestern Herat yesterday and took up arms.

Heavy fighting continues in the east of Karokh and west of Gozarah, and Ismail Khan’s militants are fiercely resisting the Taliban. The Taliban attacks is focused mainly on southern road of Herat city. If this route is cut, the supply line of the government forces will be cut off and it will be very difficult to defend the city of Herat.