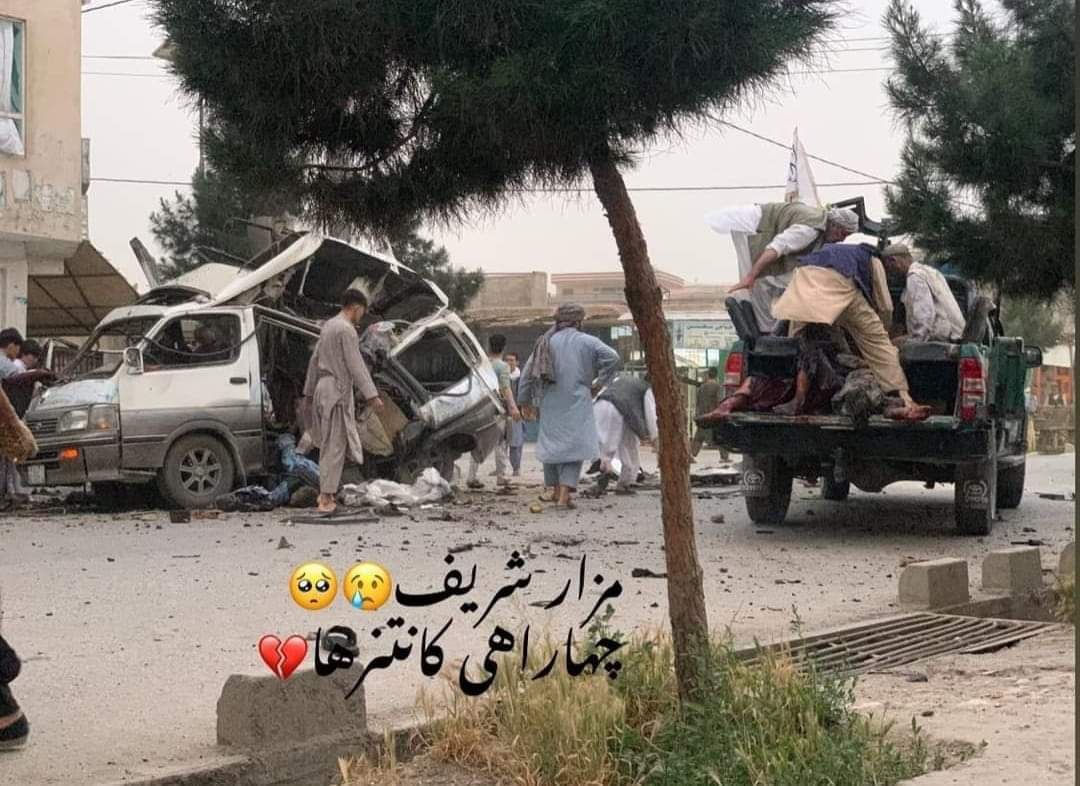 ISWNews Analysis Group: More than 20 civilians were killed and wounded in two terrorist explosions in the Shiite areas of Mazar-e-Sharif.

On the evening of Thursday, April 28, a passenger car was destroyed by a magnetic bomb at the Kantinerha crossroads in the third district of Mazar-e-Sharif. Simultaneously with the explosion, another van exploded at Sajjadieh station, west of Sultan Ghiasuddin School.
As a result of these explosions, 9 people have been martyred so far, including a child and two women, and more than 13 people have been injured.

This is the sixth terrorist attack in different cities of Afghanistan in the last ten days.