ISWNews Analysis Group: On November 7, Turkish troops stationed at the Maar Hattat military post south of Ma’rat al-Numan began evacuating the post and handing it over to the Syrian army. 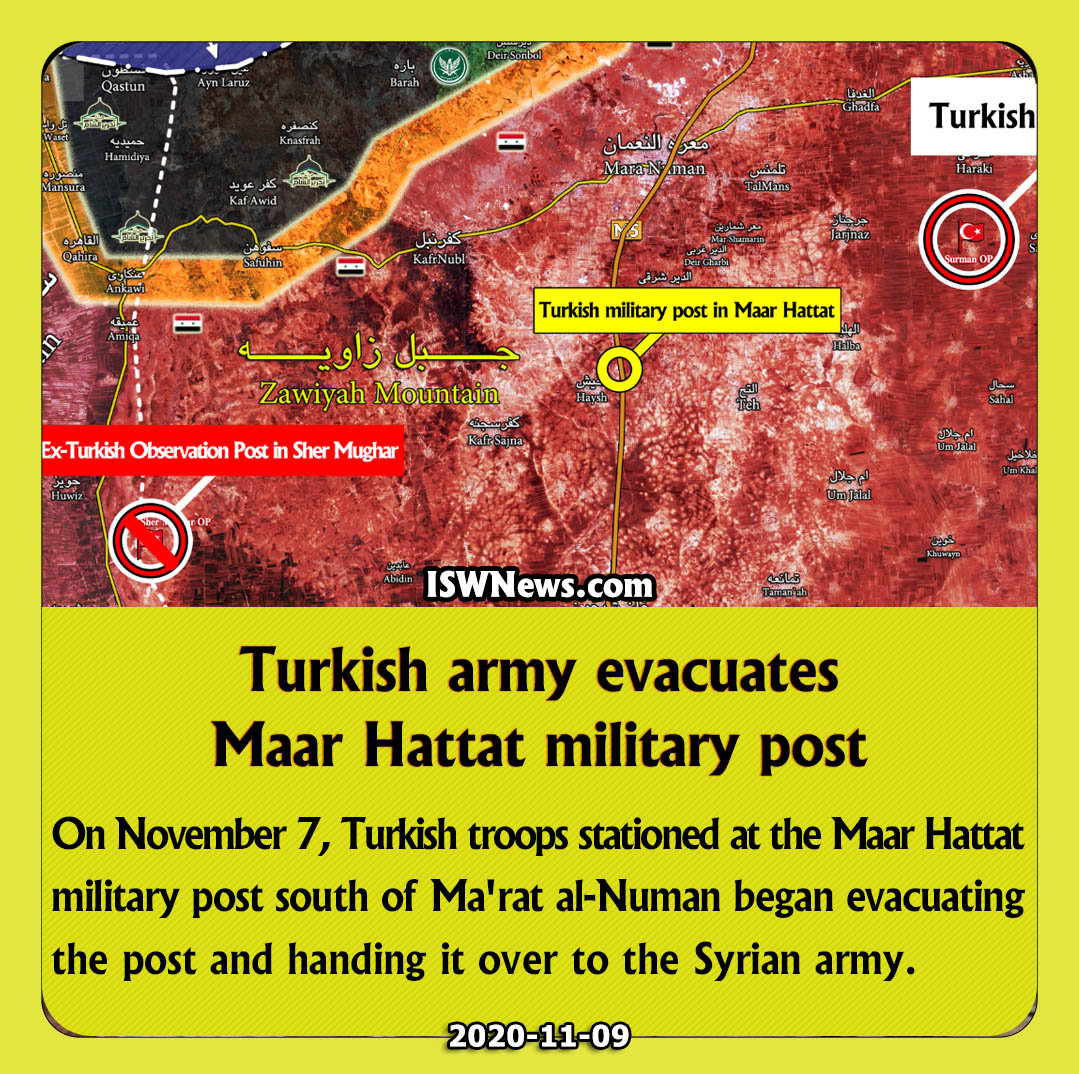 In recent days, with the advance of Syrian Army forces in north of Khan Sheikhun and south of Maarat al-Numan, the Turkish military post in Maar Hattat got on the verge of complete siege. But following the operation, Turkish forces abandoned the post and the Syrian Army completely took over the base. 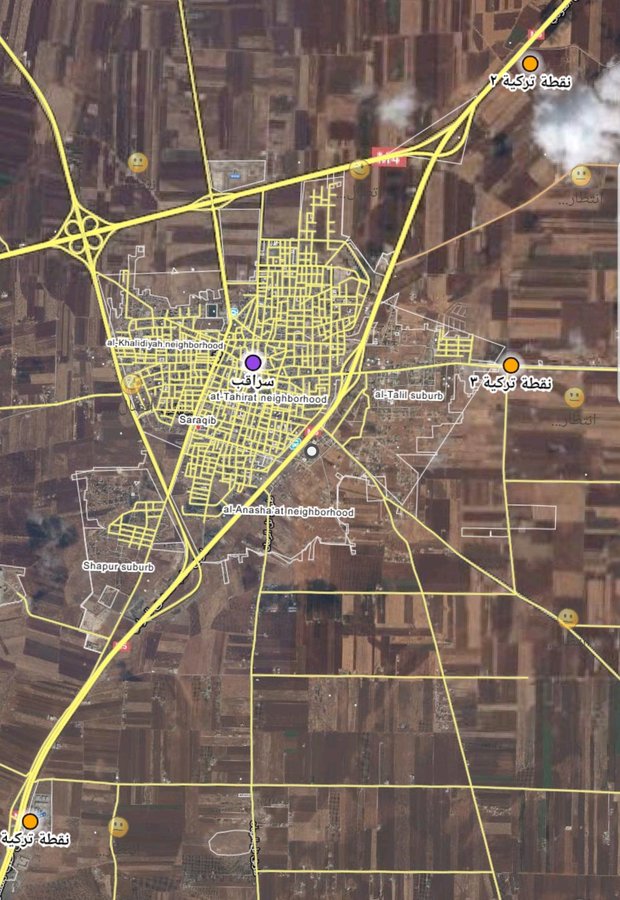