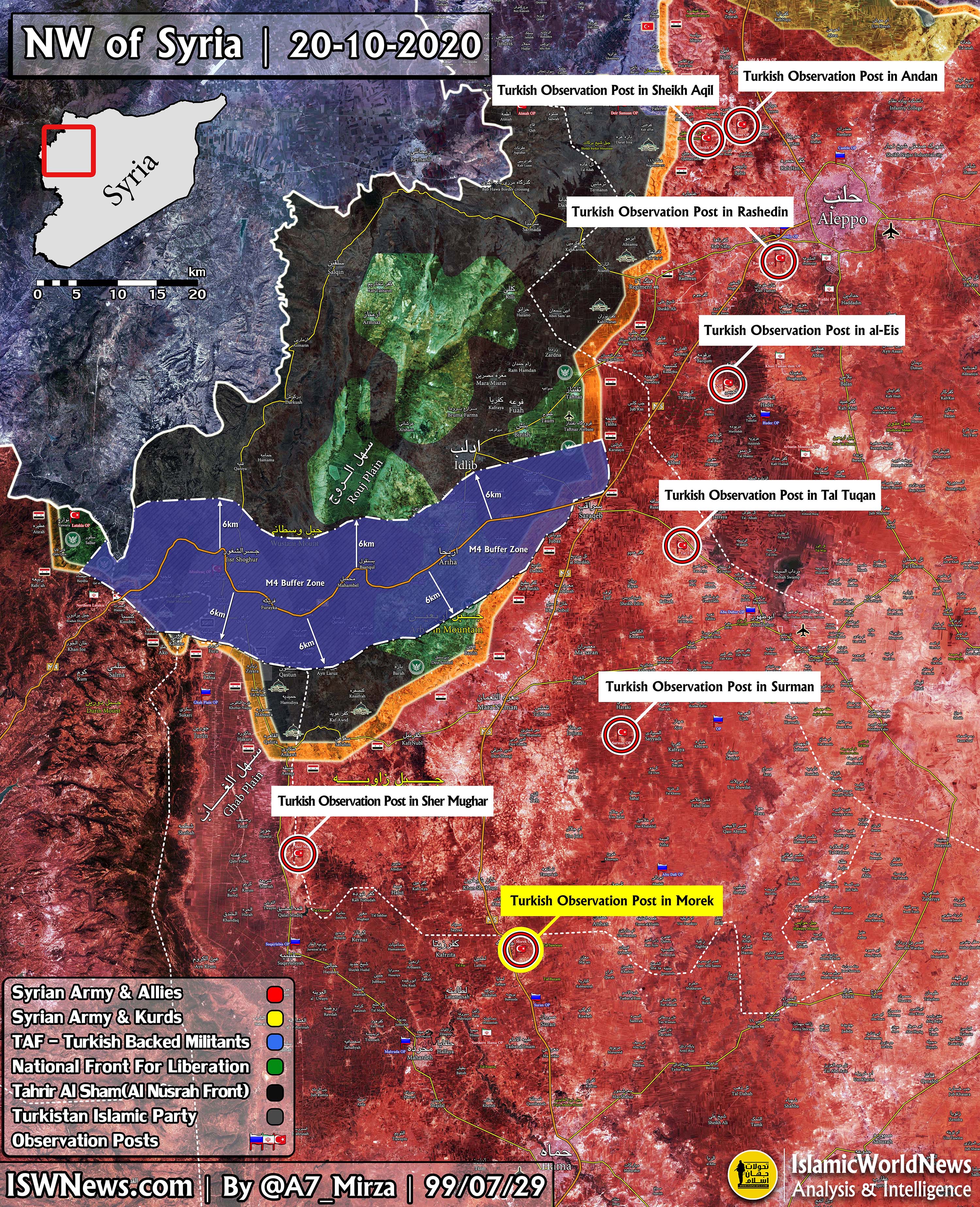 ISWNews Analysis Group: According to field sources, Turkish troops are dismantling equipment and preparing to leave the Morek observation post north of Hama and possibly several other observation posts in the Idlib region.

The Morek observation post is the largest Turkish observation post in the north of Hama, which was established two years ago in the village of Morek. But after the latest operation by the Syrian army and allies, which led to the liberation of northern Hama and large parts of eastern and southern Idlib, as well as western Aleppo; this observation post, as well as a number of other Turkish military posts, were completely besieged. Since then, the Turkish military has refused to withdraw from the occupied Syrian territories and withdraw from these military posts.

However, Turkey has so far denied any withdrawal from military and observation posts, but some believe that Turkey, realizing that the possibility of a military operation by the Russian and Syrian army in Idlib is imminent, it has given up its useless presence deep in the areas controlled by the Syrian government and is withdrawing from them and preparing more fortifications in the areas occupied by the militants in the Idlib region to deal with this danger.
Hence in this regard, on October 17, the Turkish army established a new military post south of Idlib in the village of Qoqafin.

In the past, Turkey has believed that the presence of military posts deep in areas controlled by the Syrian army could be used as leverage and a bargaining chip in future negotiations with the Syrian government, but this seems impossible.
It is also noteworthy that in recent weeks we have witnessed a series of popular demonstrations in front of Turkish observation posts in northern Hama and eastern Idlib, and people have called for the withdrawal of Turkish troops from Syrian territory. These demonstrations, whether popular or organized by the Syrian government, can clearly affect the withdrawal of Turkish troops from Syrian territory and effectively undermine the security of Turkish forces deep inside Syrian army areas in the event of a new military operation.