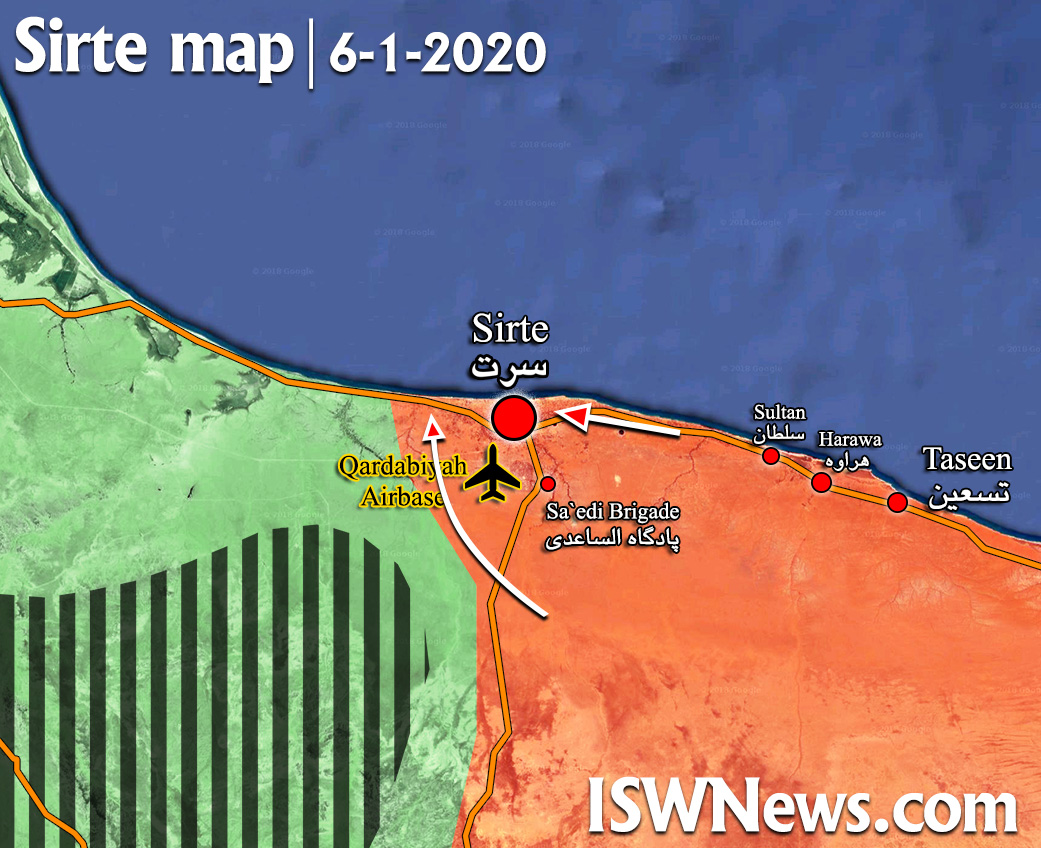 After the aforementioned advances, Haftar’a LNA forces entered Sirte city city from east and south and following GNA retreat from Sirte, LNA could advance neighborhood to neighborhood toward west until they occupy the whole town in the evening.

After occupying the town, the green flags were raised. The green flag is the symbol of Muammar al-Gaddafi forces, previous ruler of Libya and Sirte was actually the last town which he resisted in there and finally fled and arrested and killed. Hence it shows that in despite of GNA control over the town, the atmosphere was toward LNA and Gen. Haftar and thus the reason why GNA retreated so fast.

At the moment LNA is marching toward Misrata on the western road.