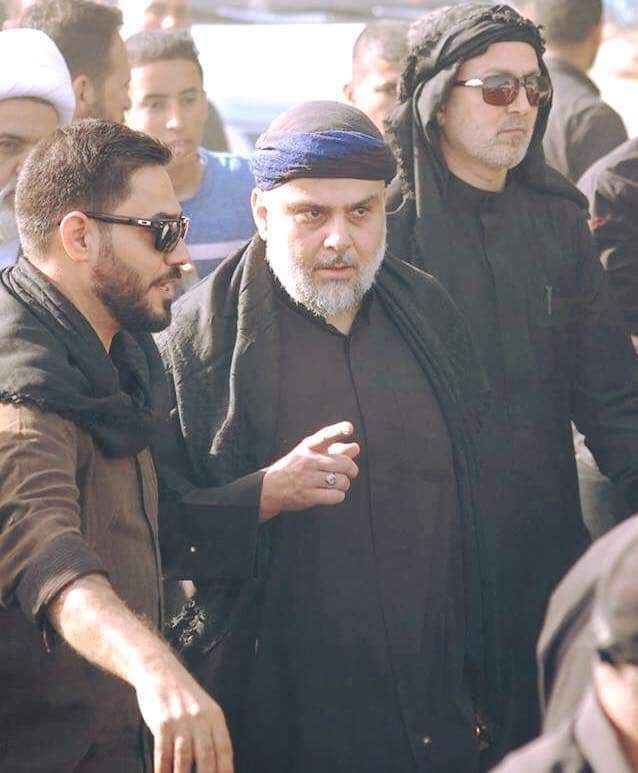 He stressed on avoiding war, occupation, corruption and foreign interferences in Iraq, and stated his goal as popular and political way to exit occupiers from Iraq.

Sadr said in a statement:
1. All the American military bases in Iraq should close.
2. The offices of American security firms should be shut.
3. Iraqi airspace should be closed on military and spy planes of occupiers.
4. All security treaties with occupiers should be abolished since they were signed when Iraq was occupied so they don’t have any value.
5. Trump should not look at Iraqis from top, otherwise we treat him the same way.
6. In case of occupiers not leaving Iraq, the neighbors don’t have the right to interfere the way we treat the occupiers.
7. If these articles take place, we won’t treat USA like occupiers. Otherwise they are enemy of Iraq.

He also demanded Iraq’s independence, avoiding military confrontation with Americans, merging Hashad Sha’abi into defense and state ministries, sign treaties with neighbors not to assault, banning groups and individuals to contact with foreigners without coordinating with the government, protecting diplomats and foreign employees against any assault by the government.