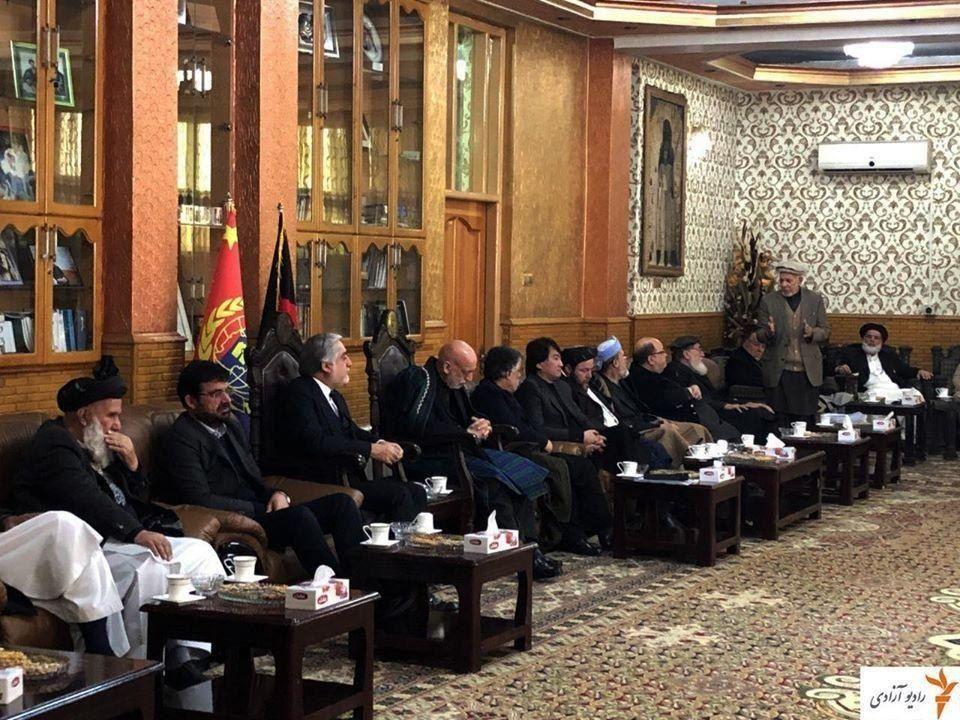 ISWNews Analysis Group: Leaders of political movements of Afghanistan gathered in Muhammad Mohaqiq’s house to have an emergency meeting about the presidential election.

Hamid Karzai, Abdullah Abdullah, Muhammad Mohaqiq, Yunus Qanuni, Ahmed Gailani, Din Mohammad and other famous political figures were present in the meeting.
In this meeting the result of the election and Ashraf Ghani’s recent speech were examined.