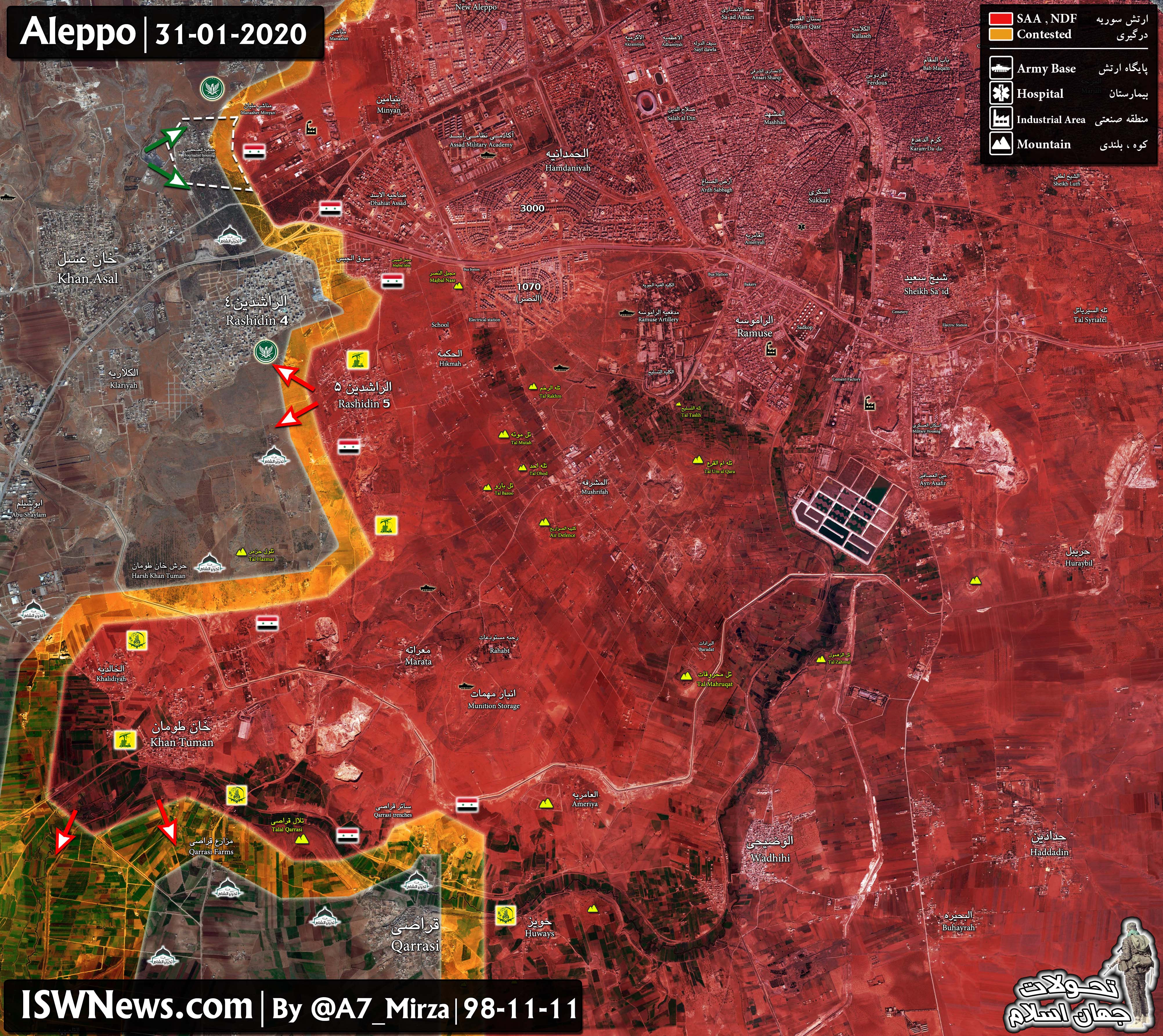 ISWNews Analysis Group: Clashes between the Resistance forces and Tahrir al-Sham terrorists continue on the southern axis of Khan Tuman in southwest of Aleppo city.

Silos in the south of Khan Tuman is one of the main obstacles for the advancement of forces on this axis and must be dealt with before advancing in the southern depths!
Also today, 17 terrorists were captured by the Resistance forces in the terrorists herd raid on Khan Tuman.

In the west of Aleppo, with the withdrawal of troops from al-Sahafiyin(Journalists), this area once again occupied by terrorists.