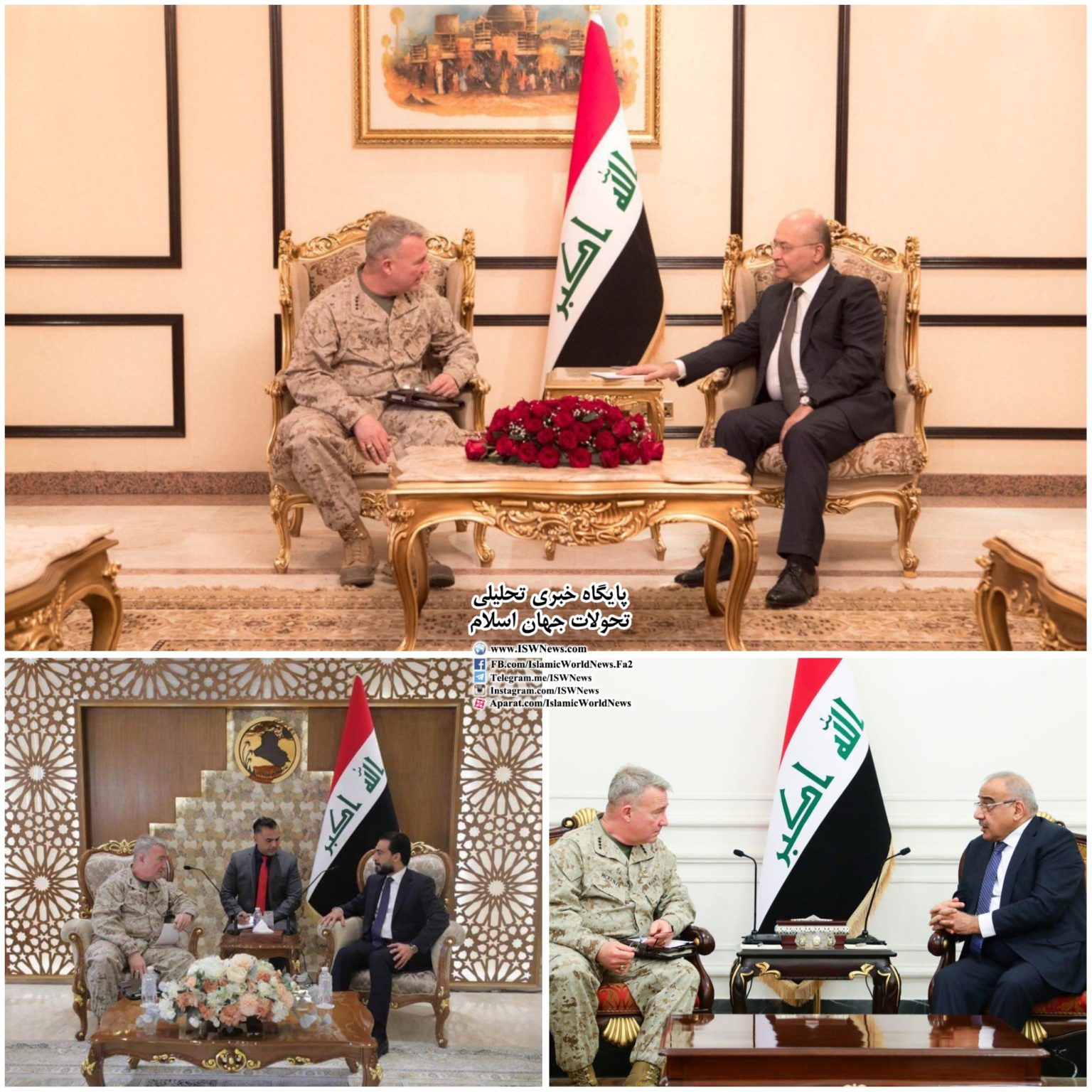 Human Rights Committee in Iraq: Since the beginning of Iraqi protests until now, 543 people have been killed.

1. The artillery of Hashd Al Sha’ab Brigade 21th targeted the gatherings of ISIS members in the region of Al Aith in the east of Salahaddin province, and during it 6 ISIS members were killed.

2. Shaikh Qais Khazali, the secretary general of Asaib Ahl al-Haq movement:
– The military option is still on the table of Resistance.
– The US president has infracted all of the red lines in Iraq.
– The operation of Resistance against US bases in Iraq, with imposing pressure by political figures of this country and specially Hadi Ameri and Muqtada Sadr, was delayed.

3. Throwing grenade to the “Al-Rafidain Center For Dialogue” building in the city of Najaf, led to material damages.

4. The meeting of commander of the United States terrorist Central Command (CENTCOM) Kenneth F. McKenzie with Barham Salih, Adel Abdul Mahdi and Mohammad Al Halbousi in Baghdad.
– Kati Al Rakabi, Iraqi parliamentarian said: “The goal of recent trip of Kenneth F. McKenzie to Baghdad, was to review the recent parliament resolution for the expulsion of foreign troops.”
Some media have claimed that McKenzie, for negotiating about establishment of Patriot system in the US bases in Iraq, has traveled to this country.

5. Human Rights Committee in Iraq: Since the beginning of Iraqi protests until now, 543 people have been killed.

6. The Sadr Movement after agreement with security forces about securing of Al Tahrir square of Baghdad, took out the blue helmets from this square.