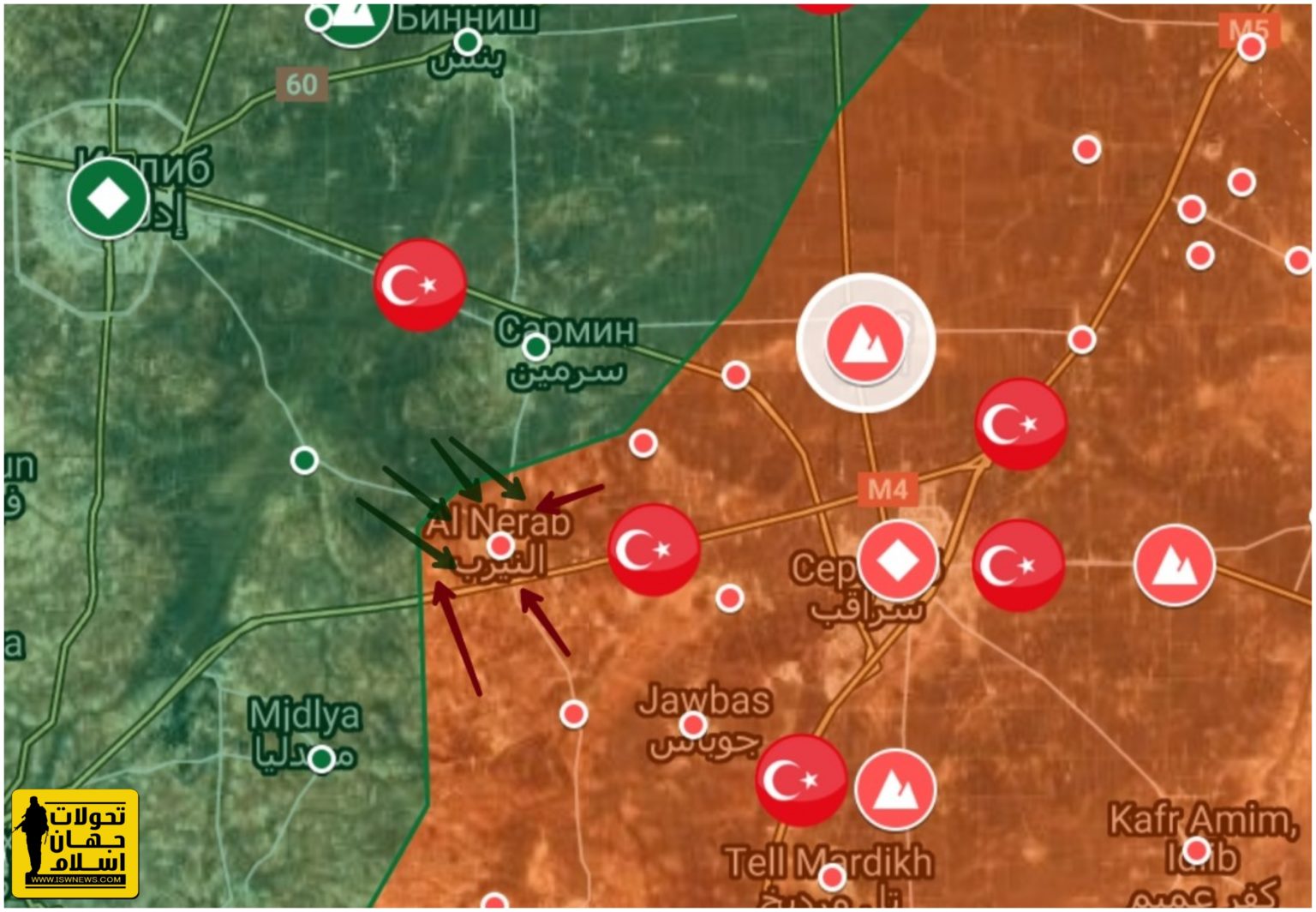 ISWNews Analysis Group: The Syrian army repulsed the Turkish-backed groups and Tahrir al-Sham attacks on the Nayrab axis west of the city of Saraqib.

Turkish-backed forces entered Nayrab but heavily pounded by the Syrian army artillery and many of their Turkish equipment has been destroyed. According to sources the attack repelled so far.