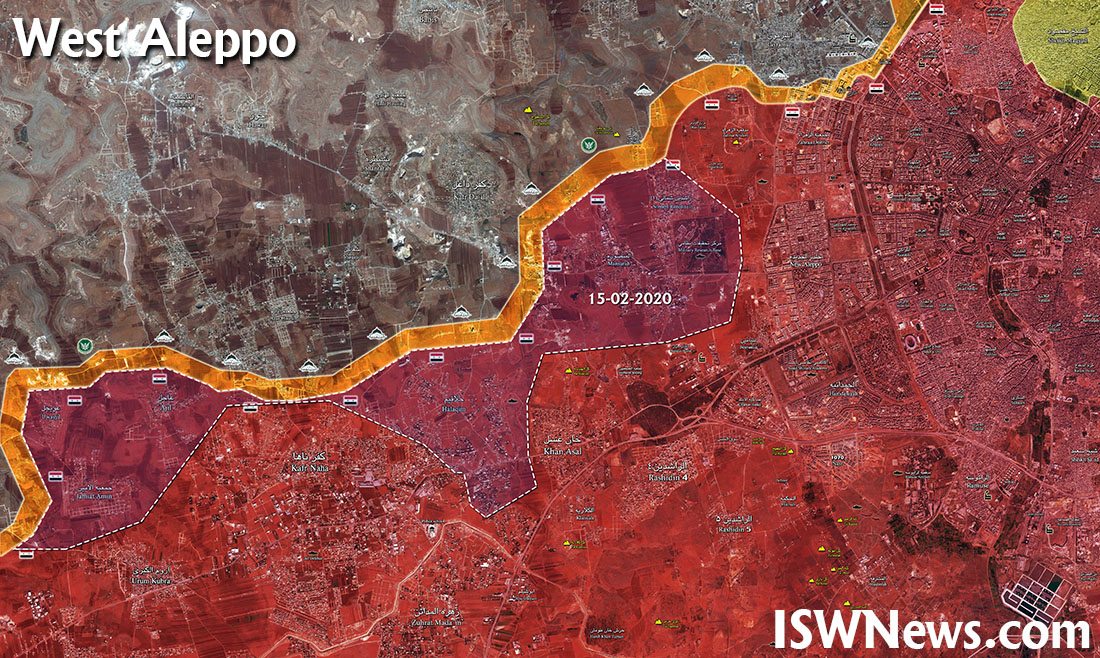 Syrian Army and Resistance forces in their advances on Saturday succeeded in liberating areas of al-Rashedin 1, Military Research Center, al-Amin housing, Ajil, Uwaijal, Halaqim and al-Mansoura in west of Aleppo city from Hayat Tahrir al-Sham and other terrorist groups.

Our sources from west of Aleppo have stated that the Syrian army will resume its advancements tomorrow on the axis of Tal Shuwayhana and Kafr Dael.
The liberation of Kafr Dael is a major and fundamental step in closing the pocket of terrorists in northwest of Aleppo city in the areas of Kafr Hamra, Hraytan, Andnan, Hayan.
Also, from tomorrow two humanitarian corridors will be opened near the Kafr Nouran and Sarmin for evacuation of civilians from the Aleppo and Idlib provinces.