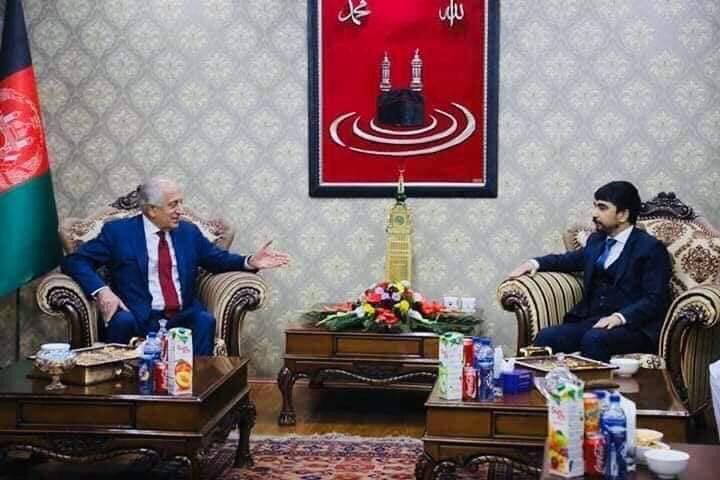 Following the cancellation of meeting between Zalmy Khalilzad and General Dostum, US envoys met with his son, Batur Dostum, regarding presidential election and incidents of Afghanistan.
The details are not reported but it is obvious USA is trying to push General Dostum toward Ashraf Ghani.

General Dostum is the leader of National Islamic movement of Afghanistan and senior of Uzbek and Turkmen races in Afghanistan.
Some believe he has a lot of weight in Afghanistan politics and in previous election Ashraf Ghani could force Abdullah Abdullah to accept the fraud result by coalescing with him.
Afghanistan politics situation is turning toward Abdullah Abdullah putting Ashraf Ghani in passive.
In several towns there are marching in support of Abdullah Abdullah and banners showing him as president are installed.
Most of political groups from Shia parties to National Islamic movement and figures such as Hamid Karzai supported Abdullah.

Taliban also claimed that they never accept to negotiate with central government and this has weakened West backed Ashraf Ghani’s administration. Political evolutions of Afghanistan will be more important and effective on the region in next days.