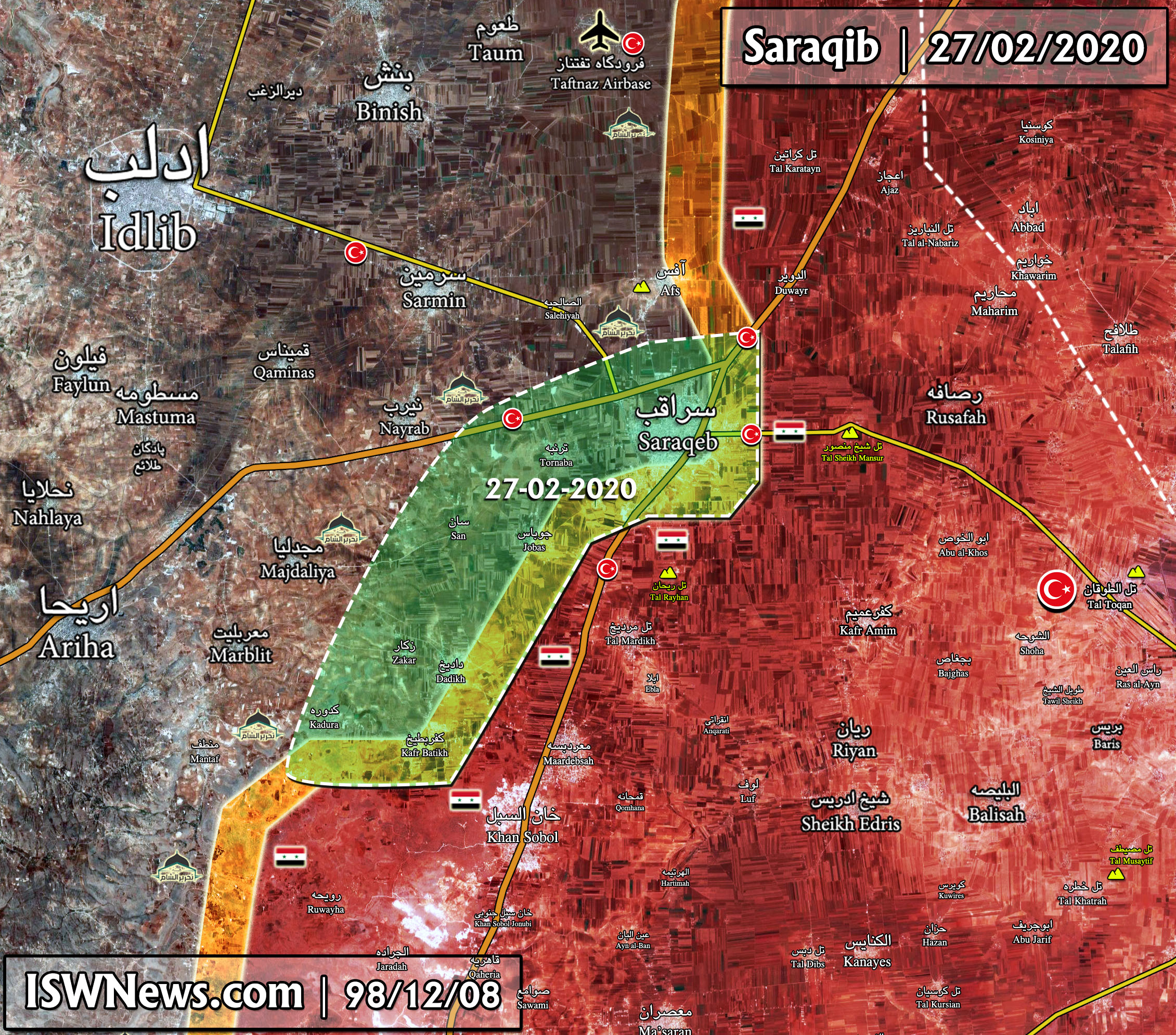 Tahrir al Sham and other terrorist groups supported by Turkey could take over seven points around Saraqib on February 27.

Villages Tornaba, San, Jobas, Dadikh, Zakar, Kadura and Kafr Batik after Saraqib were occupied by militants. In the last two days villages Nayrab and Afis were occupied by militants.
Currently engagements in south of Saraqib axes between militants and Syrian army forces are continuing.
Saraqib city and outskirts are under artillery and Russia’s warplanes are bombing. Reinforcement are deployed to the region.