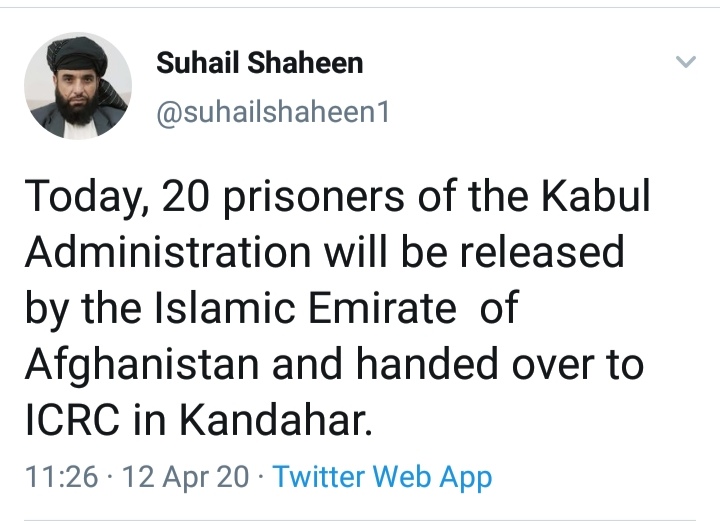 ISWNews Analysis Group: Taliban and Ashraf Ghani administration released some of each other’s prisoners according to the peace agreement between USA and Taliban.

According to Suheil Shahin, political office of Taliban spokesperson, they released 20 prisoners associated with the government and delivered to red Cross in Qandahar province.
Shahin reported of a meeting between Taliban political committee and general Miller yesterday to monitor the agreement and violation of it.
Ashraf Ghani administration released 100 Taliban militants and thus released Taliban prisoners reach 300. Until next month the number will rise to 1,500.

According to Taliban and USA agreement, five thousand Taliban militants and thousand security forces should be released before Afghan-Afghan negotiations start. But the process is hindered due to Ashraf Ghani administration objection and Taliban lack of confirming the list of released people.