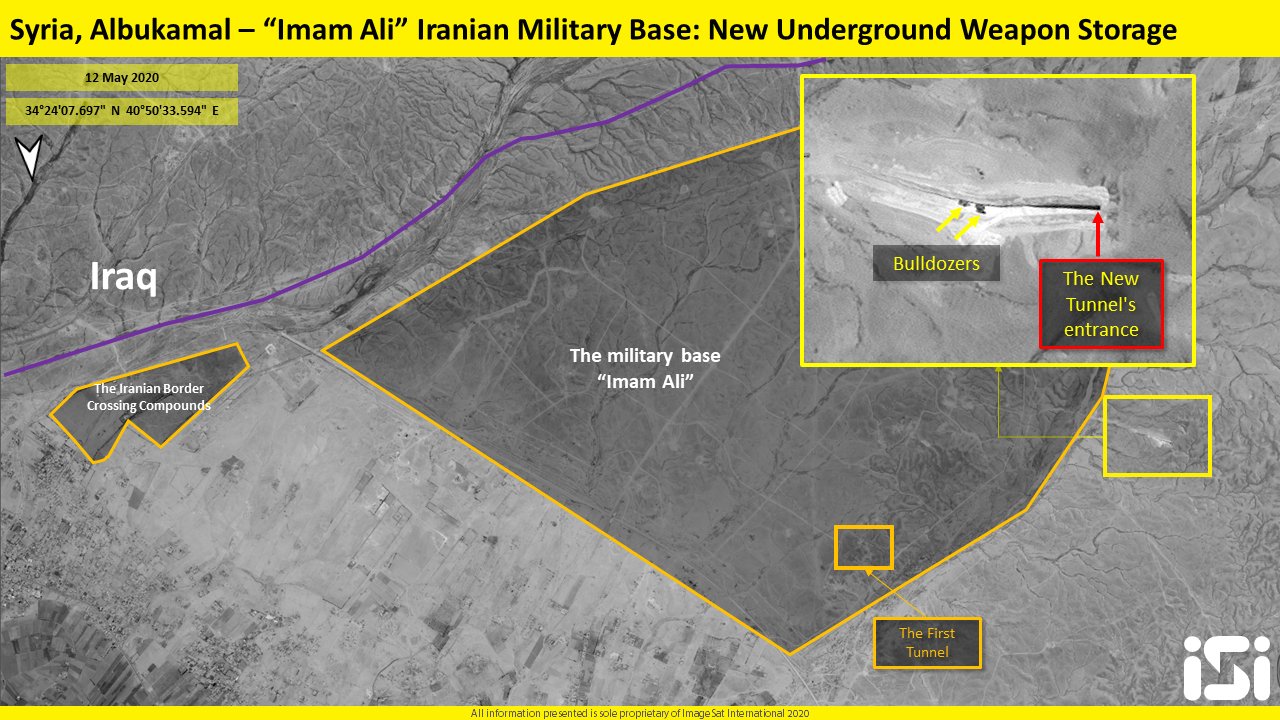 Israeli satellite company ISI, which has a strong interest in Iran’s military facilities in south of al-Bukamal, released new satellite images of the area.

According to Zionists claims these images show construction of a tunnel near Imam Ali base southern outskirts of al-Bukamal by Iran which can store advanced weapons for resistance forces.

According to Sayyid Hassan Nasrallah recent speech and resistance forces plan in the area such as Syria and Iran oil trade, Lattakia port leasing, etc., it seems these activities are Iran’s massive economic plans for the people of the region and they benefit people of all countries Iran, Syria, Iraq and Lebanon and disarming sanctions by the West.
As secretary of Hezbollah stated, Iran’s and resistance’s mission is to prevent USA and Israel reign on Syria. Therefore one reason behind Israel and USA continuous attacks to resistance forces positions in Syria is to prevent this strategic plan.