Video: The Syrian Army blocked the road on American convoy 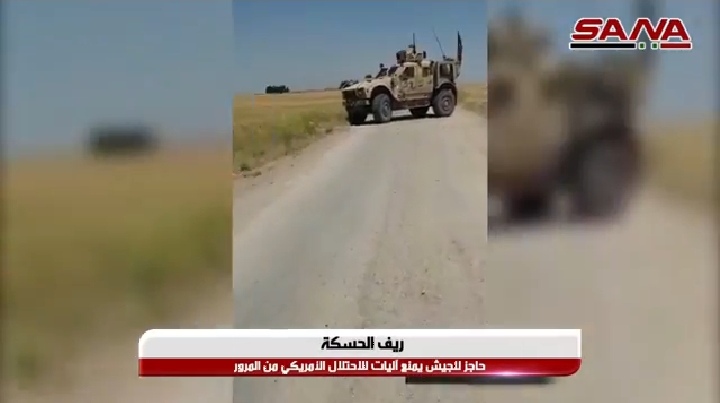 ISWNews Analysis Group: On May 21, the Syrian army prevented the US terrorist forces convoy from entering, near the Tel Tamar, in north of Hasakah.

According to the SANA, the Syrian army prevented US convoys from entering to Hasakah city, by establishing a checkpoint in the entrance of Um al-Khair; and American forces were forced finally to withdraw.

During the past few months, the American terrorist forces have faced several times with these actions of Syrian army in Hasakah, and finally, have been forced to change their path and return to their starting point.

These actions have restricted the Americans movements, instead the SDF members have arrested the civilians and locals that are trying to block the Americans path.

The US presence in north of Syria has been challenged by the Syrian and Russian armies presence, and the US is trying to stabilize its infiltrate in Syria, by imposing pressure on Kurdish groups.