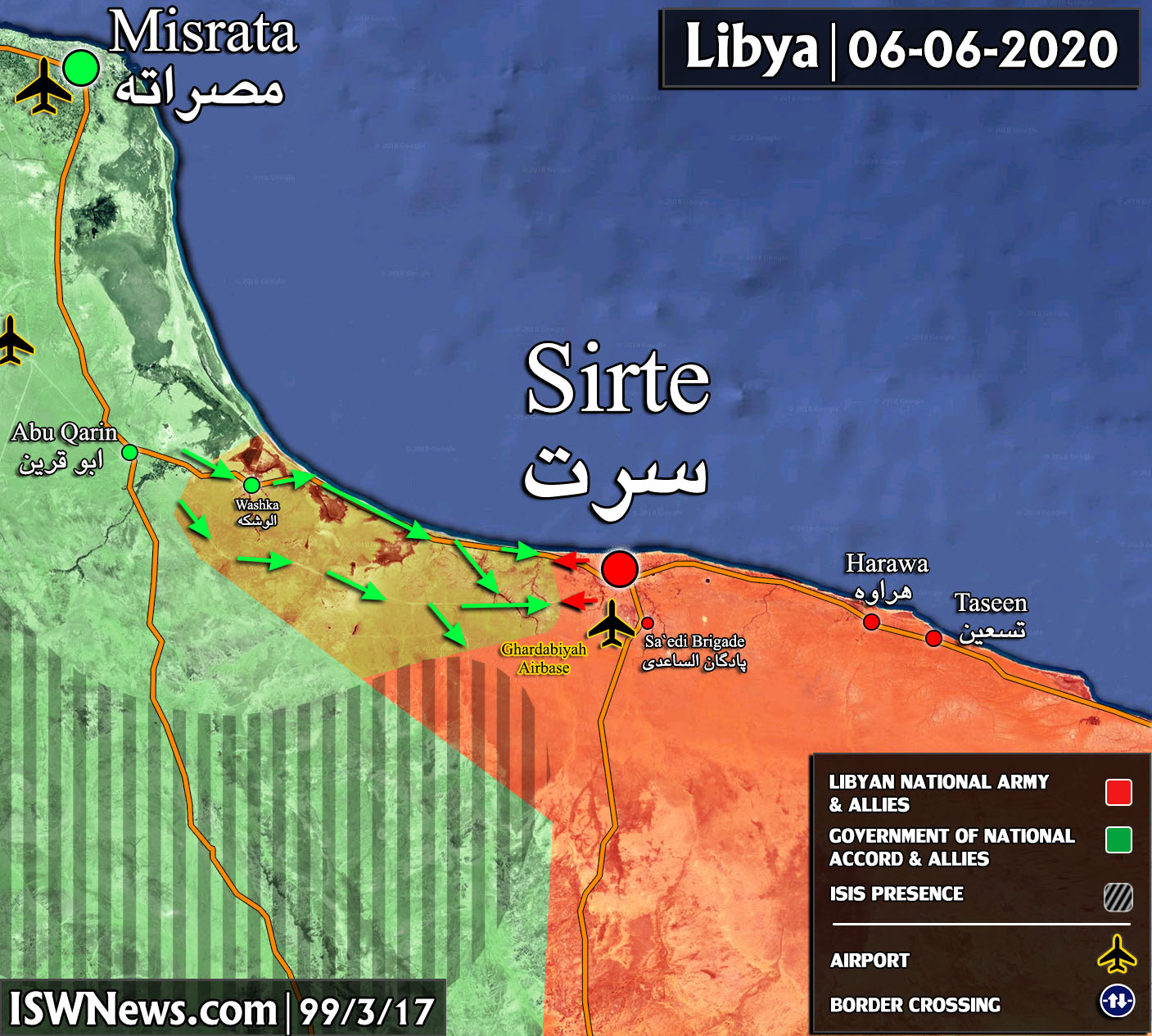 ISWNews Analysis Group: The Government of National Accord (GNA) forces arrived at the gates of Sirte in less than 24 hours after announcing a new operation to liberate the city of Sirte and Jufrah.

In the past few hours, al-Washka, Buwayrat al-Hassoun, Area 30, Wadi Jarif, the Gulf Power Plant, al-Qabiba, etc. in the west of Sirte came under the control of GNA forces, and even GNA forces penetrated into the western neighborhoods of Sirte, but the Libyan National Army (LNA) forces within hours of the clash, managed to drive the GNA forces out of the western part of the city.
Clashes are currently raging around the al-Qabiba area and the Gulf Power Plant between the two sides.