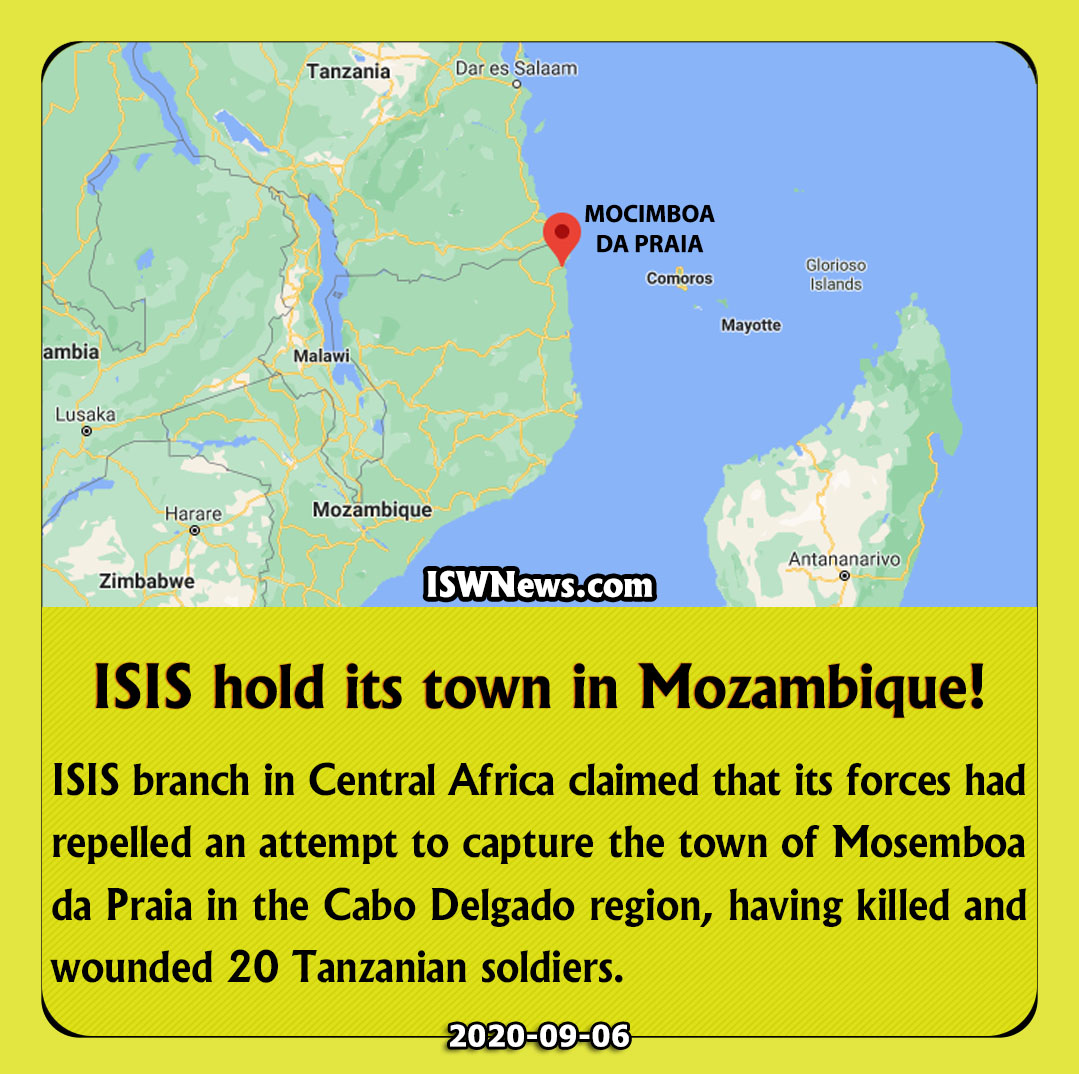 ISWNews Analysis Group: According to the ISIS branch in Central Africa, ISIS forces had repelled an attempt to capture the town of Mocimboa da Praia in the Cabo Delgado region, having killed and wounded 20 Tanzanian soldiers.

Twenty soldiers of the Tanzanian army allegedly were killed and wounded after Islamic State elements in Central Africa (ISCAP) repelled an attack against them in northeastern Mozambique.
According to ISIS media, a joint force of the Tanzanian and Mozambican armies attacked the positions of the ISIS in the town Mocimboa da Praia in the Cabo Delgado region, however ISIS forces managed to repel the attack and the town is still in hands of ISIS elements.

In recent months militants have taken a number of northern towns in Cabo Delgado region, displacing tens of thousands of people.
The militants attacks began in 2017 in the northern province of Cabo Delgado, but escalated this year after the group responsible, Ahlu Sunnah Wa-Jama, pledged allegiance to ISIS.
The town of Mocimboa da Praia have seized by ISIS forces on 23 March after days of fighting.

The town is near the site of natural gas projects worth $60bn. The Mocimboa da Praia port is used for cargo deliveries to the oil projects about 60km away, which are being developed by oil giants including Total.