Iran Dismisses Talks with US After Russia Offers to Mediate 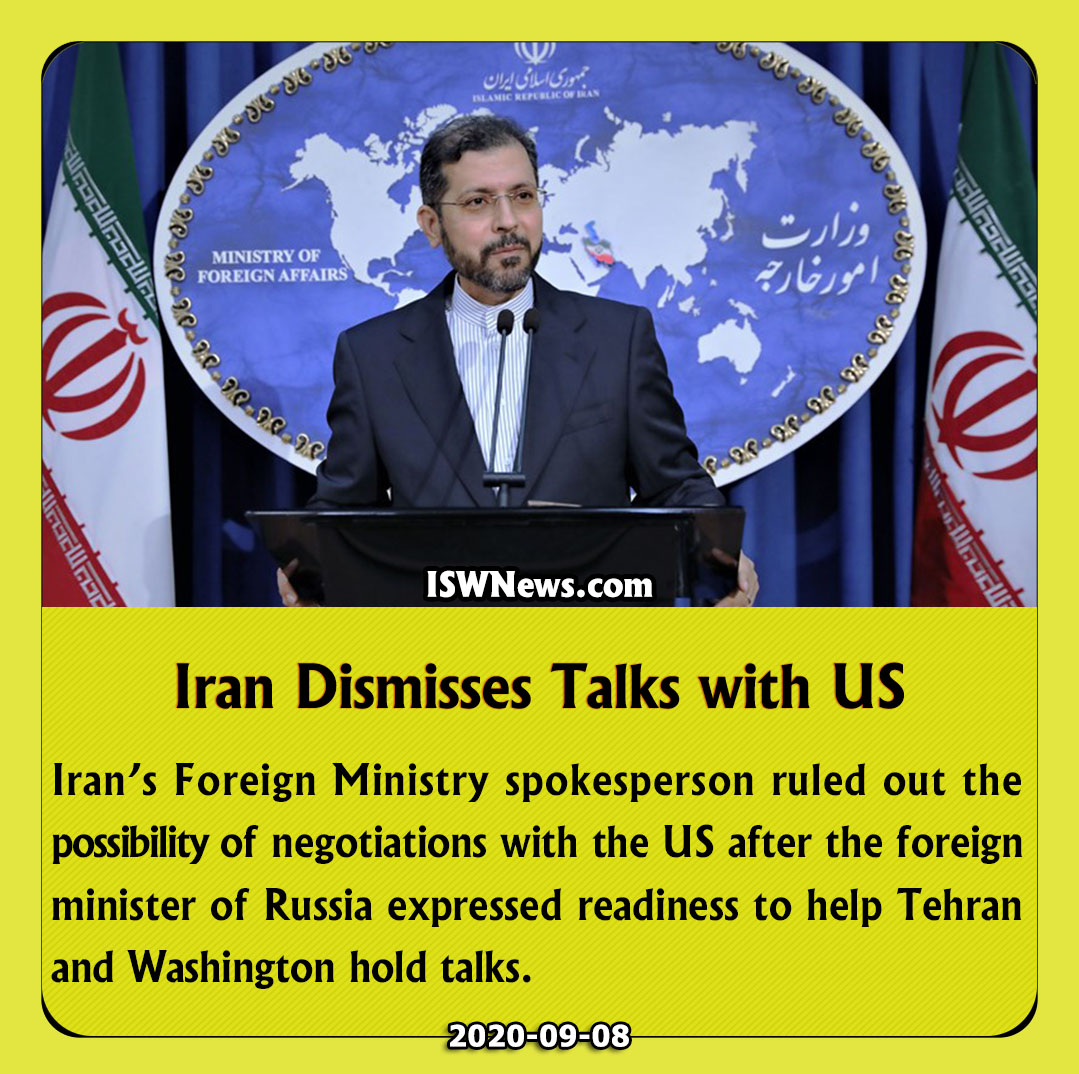 ISWNews Analysis Group: Iran’s Foreign Ministry spokesperson ruled out the possibility of negotiations with the US after the foreign minister of Russia expressed readiness to help Tehran and Washington hold talks.

Speaking at a weekly press conference on Monday, Saeed Khatibzadeh reacted to the Russia foreign minister’s offer to mediate between Iran and the US, saying, “We have no doubts about the intention of our friends and cooperative parties in Russia, but what is doubtful is the US intentions.”

“The course of our policies on the US has not changed,” the spokesman underlined.

“The United States has no shame to say that it is after a nation’s hunger,” he deplored.

In recent remarks at the Moscow State Institute of International Relations, Lavrov said Moscow was ready to hold talks with both sides to pave the way for direct negotiations between Iran and the United States, but only if both sides are interested.

“We believe that it is better to raise differences and issues directly and receive direct answers,” the Russian foreign minister said.

He also pointed to the US’ attempt to trigger the snapback mechanism of the JCPOA to reinstate the UN sanctions on Iran, saying that the attempts are doomed to failure.

Lavrov said Washington has lost all its rights by withdrawing from the 2015 Iran nuclear deal.