Rocket attack on Turkish military base in Aleppo 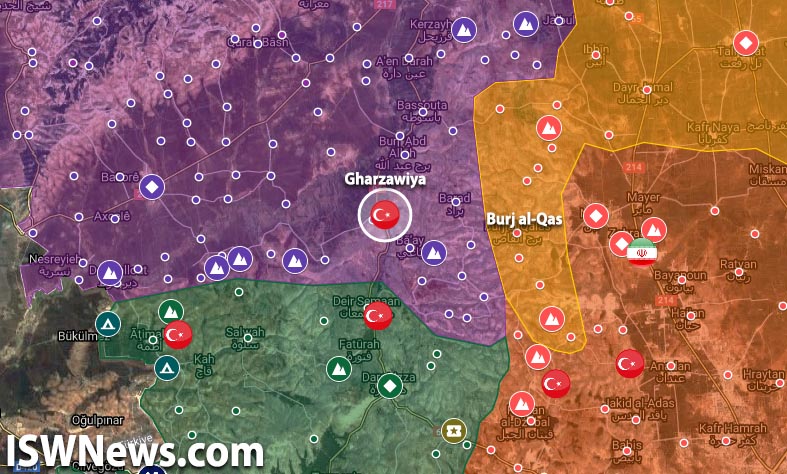 ISWNews Analysis Group: On September 12, Turkish military post in the al-Ghazawiyah area in northwestern Aleppo was attacked by Kurdish forces.

The rocket attack caused massive fires and injured several Turkish soldiers. In response to this attack, Turkish artillery also bombarded the areas of Burj Al-Qas and Aqiba in northern countryside of Aleppo.

In recent days, Turkish-backed militants have repeatedly bombed YPG / SDF-controlled areas north of Aleppo, and clashes between the two sides have escalated. The Kurdish rocket and mortar attacks on the Turkish army points can be considered in response to these recent bombings.

It is worth nothing that al-Ghazawiyah area has a commercial crossing between areas held by Turkish-backed factions and Tahrir al-Sham-held areas.