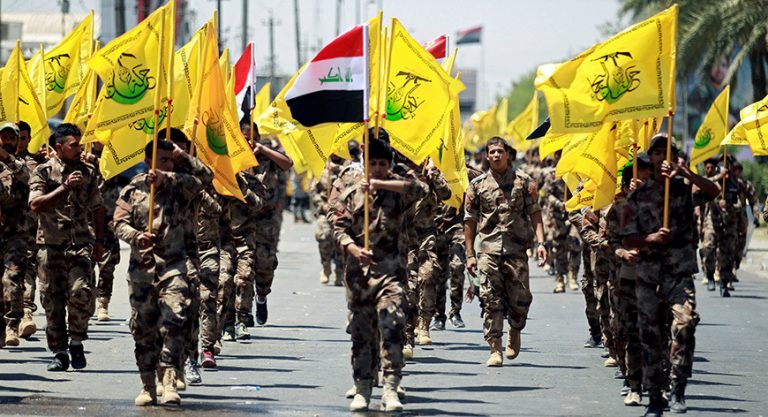 ISWNews Analysis Group: Iraqi resistance forces halted their attacks on US forces in Iraq in respect of efforts by some Iraqi national and political figures, but this is just on condition that Iraq’s government present a timetable for the withdrawal of American troops.

1- Iraqi resistance groups halted their attacks on US interests.
Iraqi resistance groups announced that they have halted their attacks on US forces in Iraq in respect of efforts by some Iraqi national and political figures, but this is just on condition that Iraq’s government present a timetable for the withdrawal of American troops.
Kataib Hezbollah spokesman, Abu Ali al-Askari, also called on the resistance forces to prepare their weapons for a ground and air confrontation with the occupiers.

2- The website of the “al-Nujaba Movement” was blocked and its domain was confiscated by the US Department of Justice.
In response to this move, al-Nujaba stated: The arrogant American system continues to commit its crimes by suppressing freedoms closing the mouths of the people.. The United States is working to weaken the resistance in the face of the growing media resistance to terrorist plots.
TheAletejah network website is also one of the websites blocked by th US Department of Justice.

3- Increasing protests to the agreement reached between the central government and the Kurdistan Region on Sinjar.
– Qais Al-Khazali, the secretary general of the Asaib Ahl-al-Haq movement, called this agreement an election deal.
– Mehdi Amerli, Member of the Iraqi Parliament from the Al-Fatah Coalition: It does not make sense for the Hashad al-Shaabi forces to leave Sinjar and the return of the Peshmerga forces who had previously fled from ISIS in this town.
– Turkey, on the other hand, welcomed the agreement in a statement.

4- According to the statistics provided, in the last 4 months, Turkey has been at the top of the list of countries importing goods to Iraq.

5- A magnetic bomb exploded in Al-Tubaji area of ​​Baghdad.

7- Hashad al-Shaabi targeted the gathering of ISIS terrorists in the north of Samarra with several rockets.

8- The logistical convoy of American terrorists in the north of Al-Samawah was targeted with a roadside bomb.
The Iraqi officials said that a convoy of Iraqi trucks carrying international coalition equipment on the highway between al-Samawah and al-Diwaniyah was targeted by an explosive device.

9. Iraqi Foreign Minister Fouad Hussein travels to the Egyptian capital Cairo to attend a meeting with his Egyptian and Jordanian counterparts, as well as to meet with the Egyptian president to finalize agreements reached in August between the three countries in Amman.

10. In order to strengthen the security of the US Embassy in the Baghdad security zone, Iraqi Prime Minister Mustafa al-Kadhimi deployed several tanks around the embassy.

11. Iraqi President Barham Saleh met with the four heads of the Kurdistan Region in Erbil.

12. The security forces of Hashad al-Shaabi seized some explosives near the shrine of Martyr Abu Mahdi al-Mohandes. Najaf police said in a statement that the ammunition was old and from the war period.