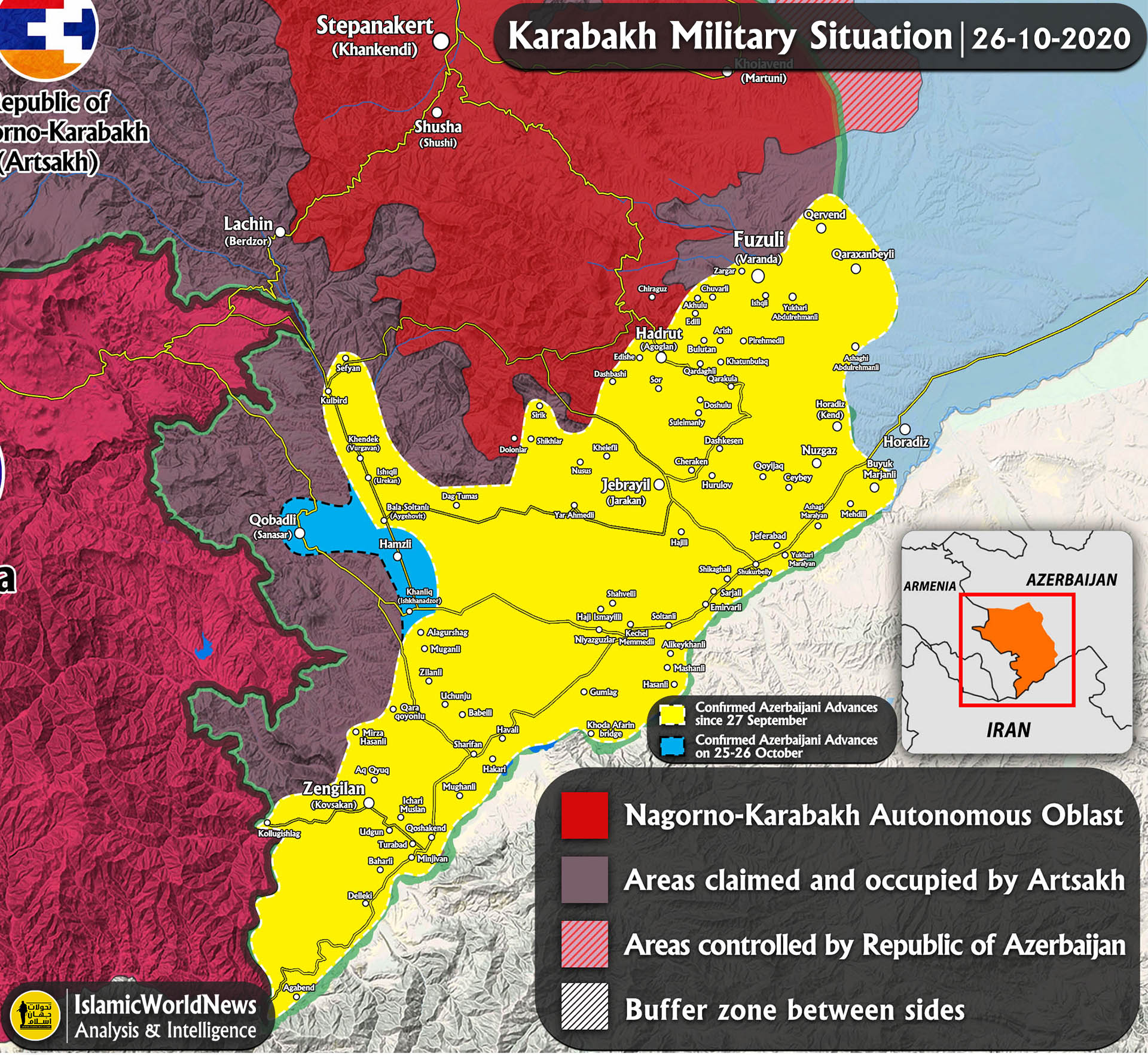 ISWNews Analysis Group: The Azerbaijani army managed to clear the village of Qobadli, the center of Qobadl district(rayon) and several other villages in the south of Karabakh region from the Armenian forces.

These areas came under the control of Azerbaijani forces yesterday and today.

Among the announced villages, as usual, a number of them had fallen to the Azerbaijani forces in the past and in previous operations, and their names have been announced again.

The Azerbaijani people have also reacted to the announcement of repeated names in the recent war with Armenia and demanded greater transparency of the situation. The people of Azerbaijan have become sensitive to the news of the death toll in the recent war and consider the government statistics in this regard to be inaccurate.
On the other hand, the government of Azerbaijan called the news published on social pages fake, and according to the latest information, those who, according to the Azerbaijani government, publish fake news, have been summoned to court and fined up to 150 manats.

Recently, Russian President Vladimir Putin said that 5,000 people had been killed in the recent war on both sides, of which about 2,000 belonged to the Azeri side and about 3,000 to the Armenian side.