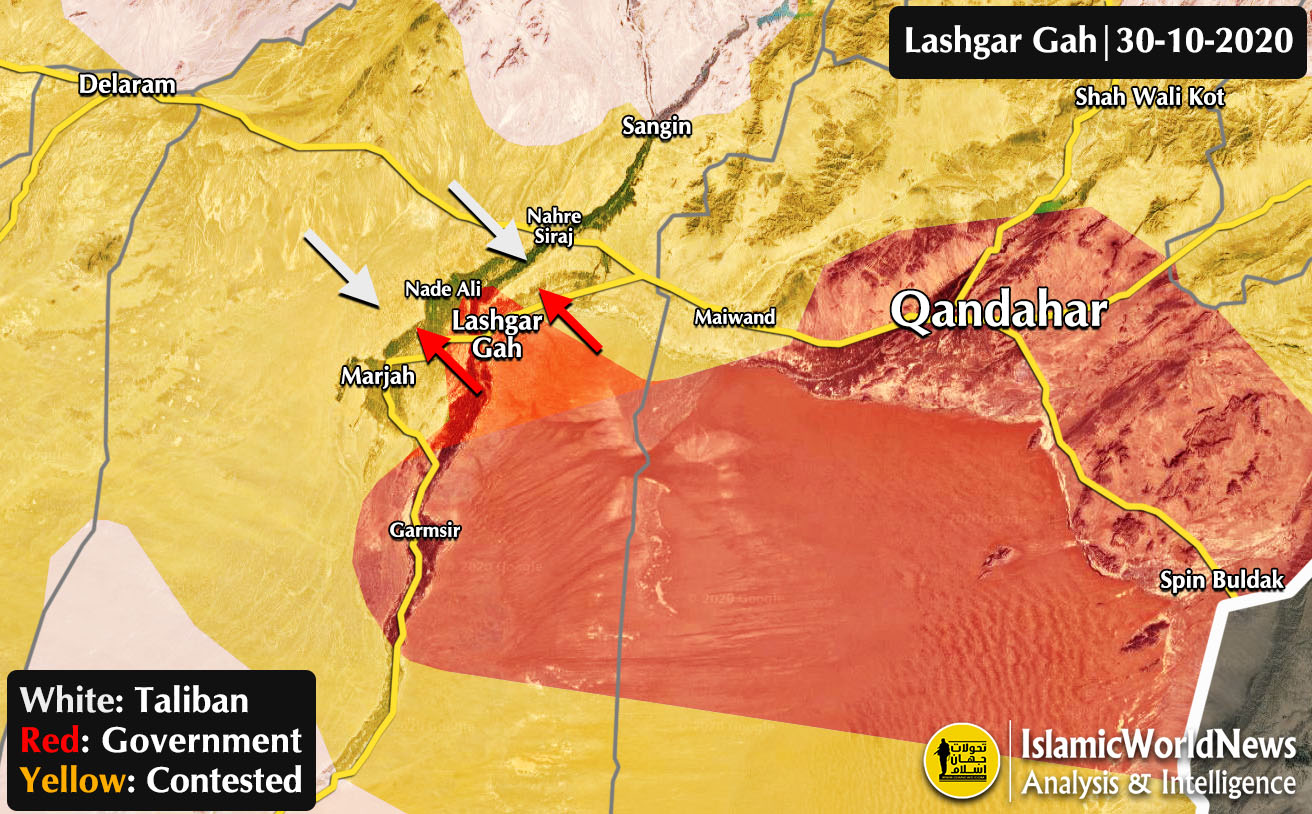 According to Afghanistan DM, army forces could liberate areas Bashran, Bulan, Chahe Anjir from Taliban control after several days of battle.
In this battle more than 30 Taliban militia killed. Due to Afghanistan air force air raid to Babaji area, a Taliban commander killed.
According to local sources, more than 70 thousand civilians are misplaced since the conflict started.

Taliban launched a heavy attack to occupy Lashkar Gah town, which has a strategic place in southwest of Afghanistan, on 11 October. Afghanistan government considered it as violating the peace agreement but foreign forces have not paid any attention to it.