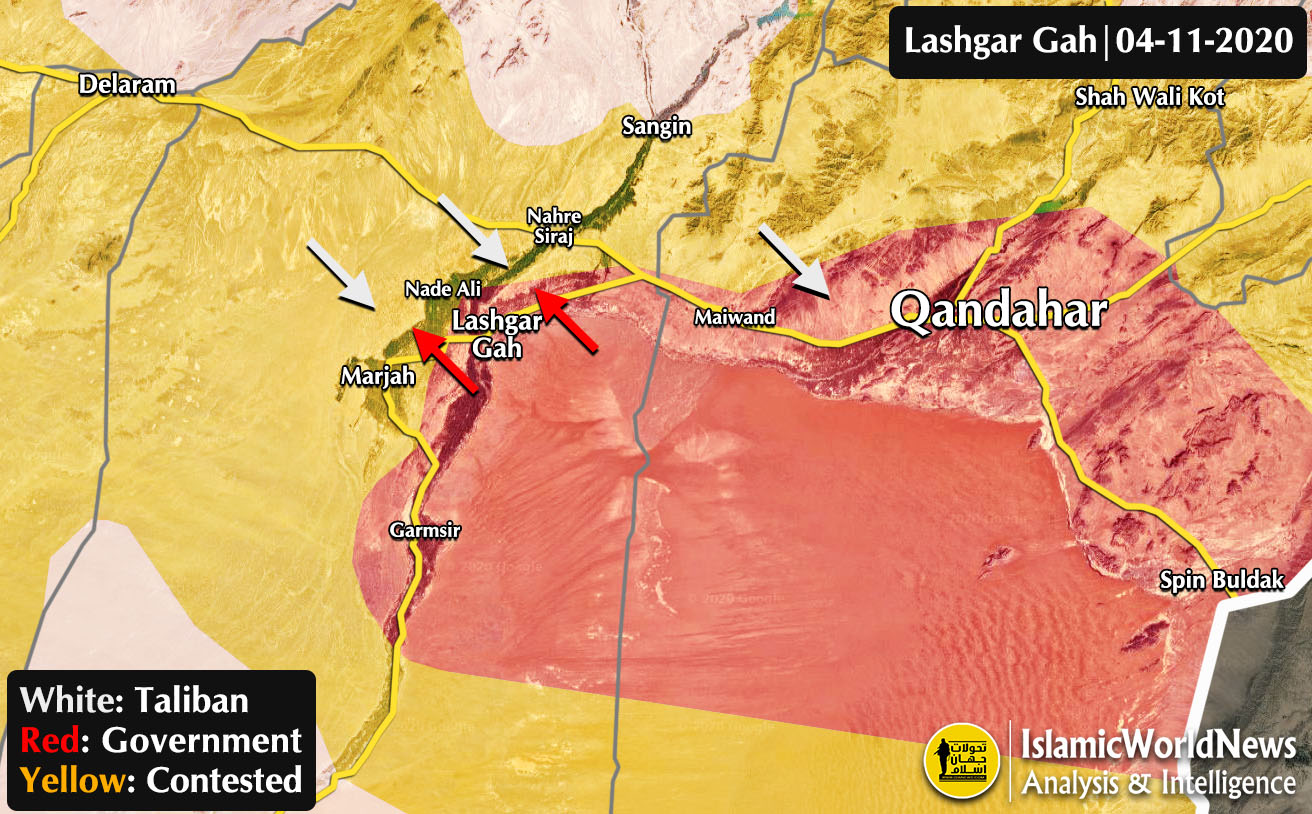 According to latest updates, Taliban militants took position in Bulan and around Hirmand river and there are conflict and air raids in Lashkargah front. Army forces are besieged in Chahe Anjir area and Nade Ali district, and Nahre Siraj-Marjah road is cut by Taliban.

In despite of the unprecedented attacks by Taliban after the peace agreement with USA, it can be said that Qandahar or Lashkargah occupation by Taliban is not unlikely. It seems Taliban will reduce the attacks after US election result is announced and to get more points in Doha negotiations.