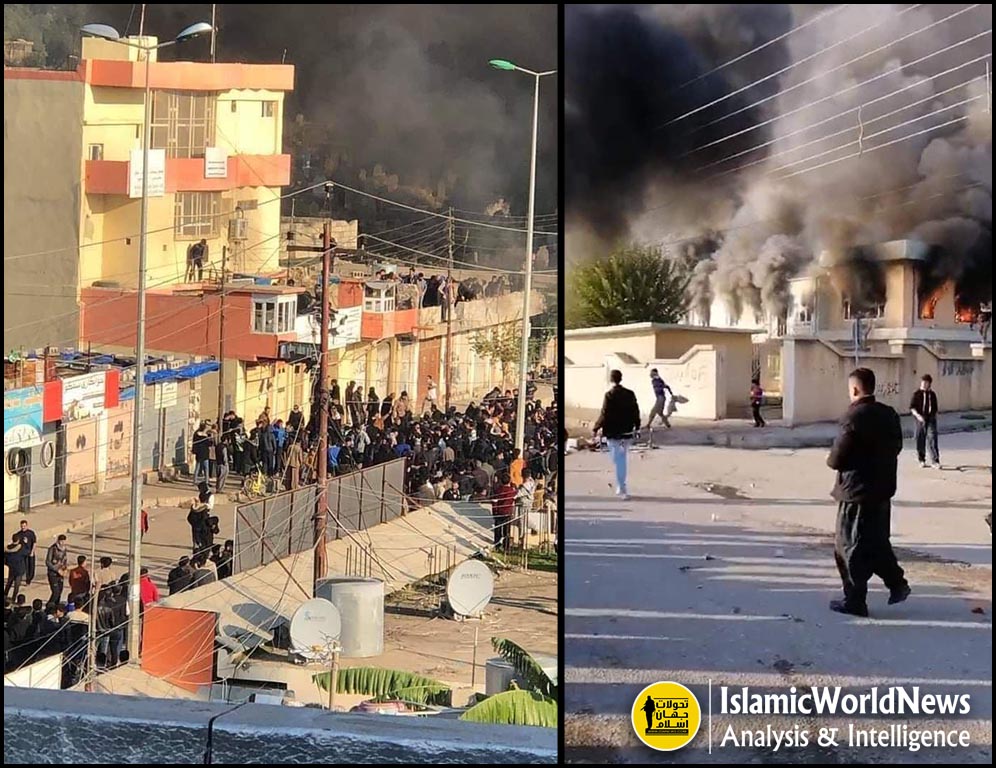 – Following the protests in Soleimaniyah province to the delayed salaries and financial corruption in Iqlim Kurdistan, HQ of Patriotic Union of Kurdistan (PUK) and Kurdistan Democratic Party (KDP) in some towns were set ablaze. (image).
Two were killed and several wounded, latest updates.

– Iran’s ambassador, Iraj Masjedi, reported of Quds forces commander, general Qaani, meeting with Iraqi president and PM and some other officials.
He said that Iran won’t interfere in Iraq domestic issues and these activities are in the framework of strengthening the government and persuading the political movements to be united. Fractions prefer to consult with Iran.

– Three days conference “Mobilization (Hashd) of the Holy Shrines” in Karbala stressing on following Ayatollah Sistani fatwa and continuation of active role of the force to fight terrorist groups and providing security for the people.
Hashd of the Shrines is composed of Imam Ali (AS) and al-Abbas (AS) Combat divisions and Ali Akbar (AS) and Ansar Brigades.

– Media claimed, 61th prime minister special brigade, which was responsible for the security of Kirkuk, left the city and the security to the local police.
This evacuation was under the agreement between the federal government and local autonomy of Iqlim Kurdistan (Barzani party).

– US consulate in Erbil, capital of Iqlim Kurdistan, set a 5$ million prize on information of ISIS trafficking oil and historical objects.