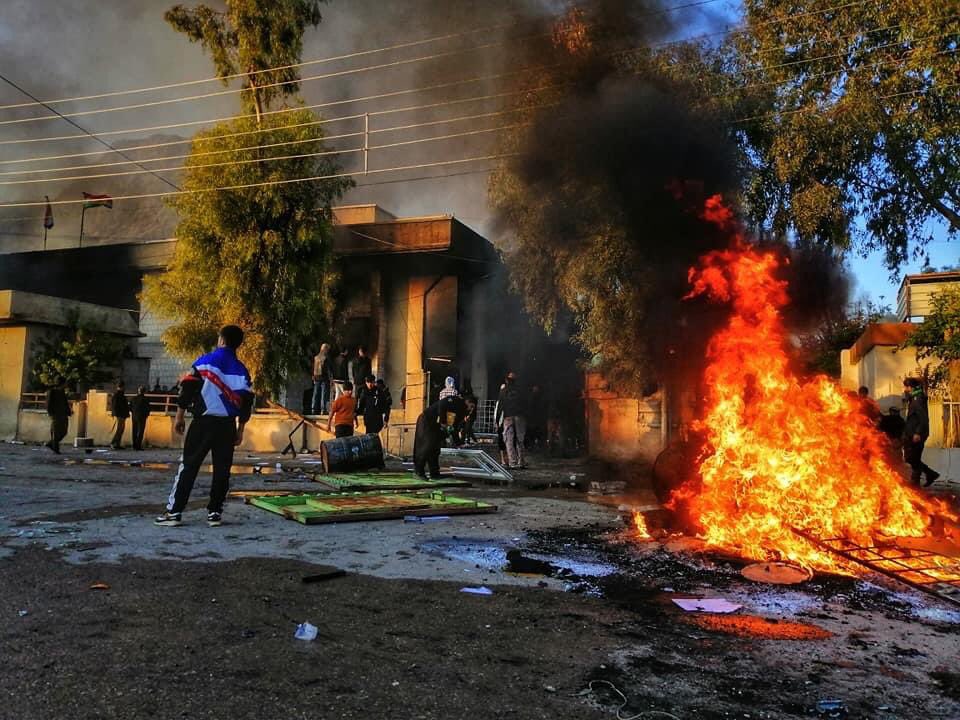 Due to high amount of corruption and unpaid employees and soldiers by the officials of Iqlim Kurdistan, people of Sulaymaniyah province, which is ruled by Patriotic Union of Kurdistan (PUK), protested again.

The protests ended in Sulaymaniyah city, capital of the province, after two days by presence of security forces and taking position in important centers and banning NRT TV, which is famous as opposition, but this only led to higher tensions in other cities of the province including Seyed Sadegh, Chamchamal, Pirmagron, Kalar, Khanaqin, Raniah.

In the past few days the HQs of three main parties of Kurdistan and other parties and several government buildings were set on fire by people.

In some of the cities, the guards of the party buildings fired warning and direct shots which resulted in death and injury of several.

Masrour Barzani, Iqlim Kurdistan PM, said on Wednesday in a press conference that some parties made the protests violent.

With partial disruption of internet and 24 hours intercity curfew in the province, the news still show the same situation and the government employees are on strike.