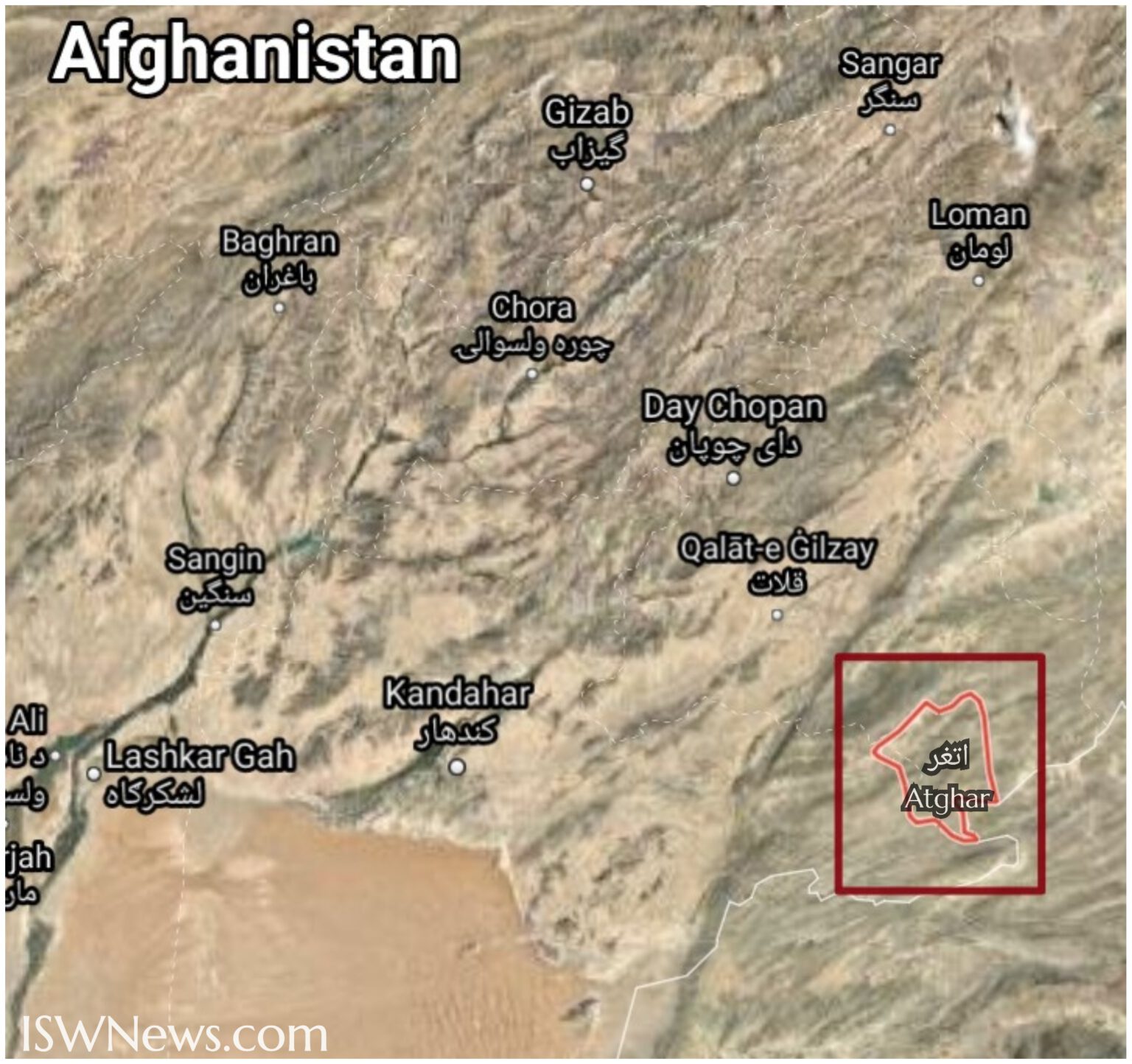 Latest news from the Afghanistan fronts

1- Zabul
Local sources reported that Afghanistan army retreated entirely from Atghar district bases. If true, Shinky and Qalat districts (center of Zabul province) are under threat of Taliban and if they fall, the conflict reaches east of Qandahar.

2- Kabul
– Due to explosion en route of a MP convoy in Spin Kali area, 10 died and more than 50 injured.
– A suicide attack near a mosque in Balsan village of Paghman district martyred one.
– Five martyred and two wounded in a car blast in Dugh Abad area, seven district of Kabul.

4- Khost
Due to blast on the way of army vehicle in Sabri district, four including three civilians killed and seven wounded.

5- Parwan
Due to mine explosion en route of security forces “Abdi By”, the Parwan road police chief and four others killed.

6- Faryab
Due to terrorist explosion in Dolat Abad market, tens of houses and shops destroyed and so far two martyred and four wounded.