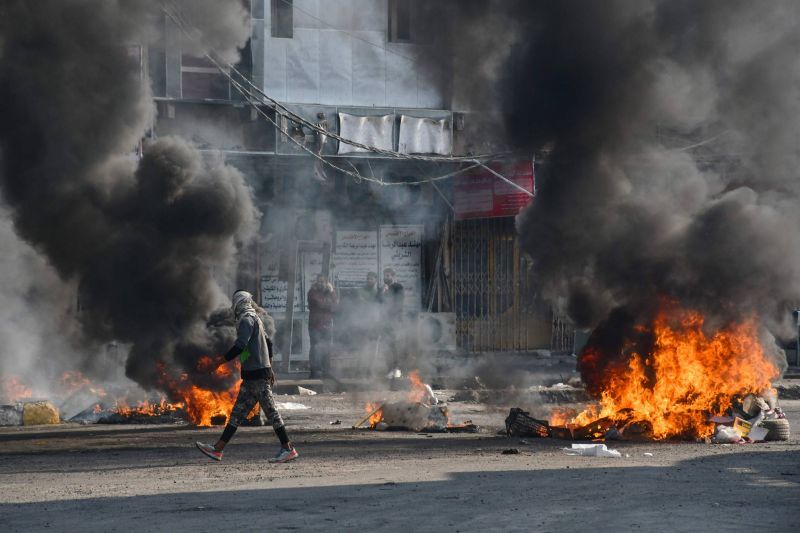 ISWNews Analysis Group: Several people were killed and wounded during protests against the Iraqi government in the city of Nasiriyah, the capital of Dhi Qar province.

– The United States has placed Faleh Fayyaz, the leader of the Popular Mobilization Forces on its sanctions list.
Faleh Fayyaz: Our response to the assassination of the martyrs Abu Mahdi al-Mohandes and Qasim Soleimani is the expulsion of foreign troops from Iraq.
In response to Faleh Fayyaz’s boycott, the Iraqi Foreign Ministry issued a statement expressing surprise from US decision, stressing that such a sudden decision was unacceptable.
Dr. Sheikh Khalid al-Mulla, head of the Iraqi Ulema Association, said in response to Fayyaz’s boycott: “Faleh Fayyaz is a national and jihadi figure. The action against him smells of revenge for the defeat of ISIS, which was fabricated by the US intelligence services.”

– By order of Iraq Prime Minister, al-Kadhimi, the security control of all cities was handed over to the Ministry of Interior and other military forces will be transferred out of the cities.

– Clashes between Popular Mobilization Forces and ISIS terrorists were reported in southern Samarra.

– Iraqi Defense Minister: “We still need the presence of the International coalition against ISIS in Iraq to support the Iraqi army. We will protect foreign diplomats and prosecute the perpetrators of the rocket strikes on the Baghdad Green Zone.”

– Continued bombing of northern Iraq in the Kurdistan region by Turkey.

– Over the past few days, more than five times the logistical convoys of American terrorists in different parts of Iraq were attacked with roadside bombs.

– The Nasiriyah protests in the center of Dhi Qar province left several dead and wounded.
In the past few days, Dhi Qar province has witnessed protests against government over the arrest of a civil activist named “Ehsan al-Kawthar” by security forces.