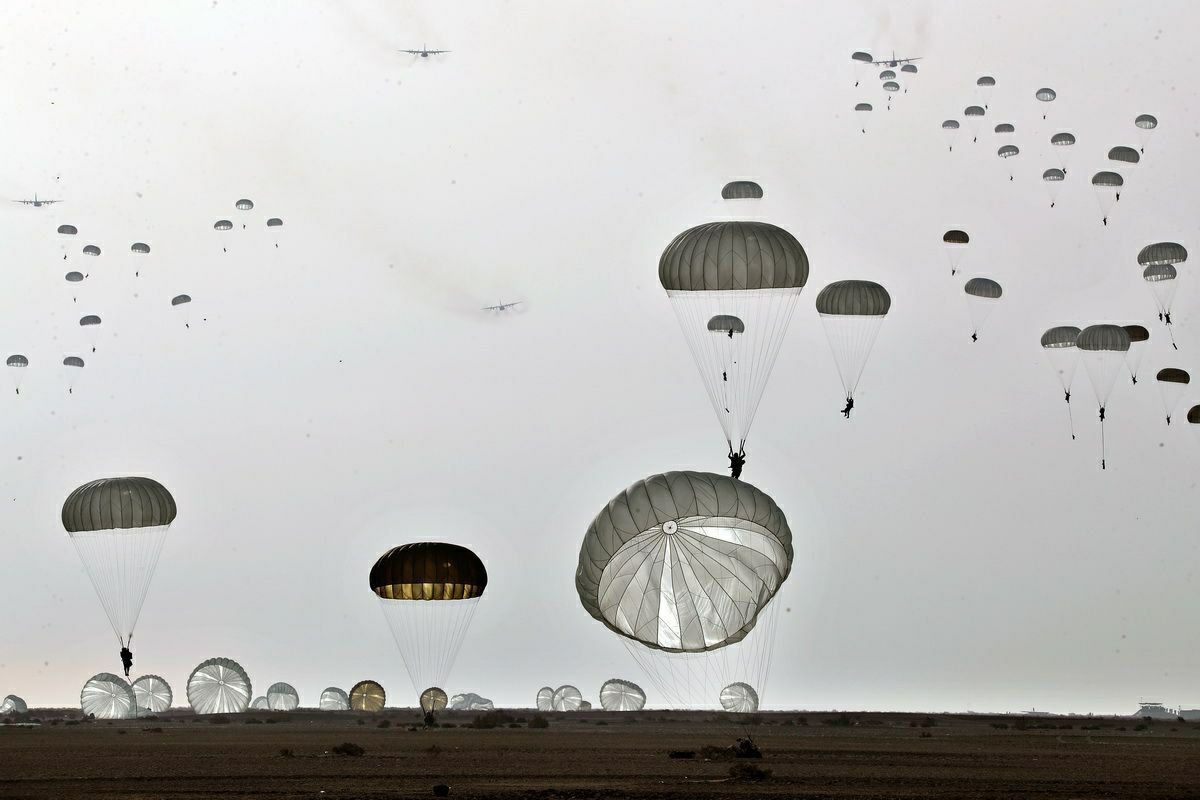 At the beginning of the drill, General Sayyed Abdolrahim Mousavi, Commander-in-Chief of the Islamic Republic of Iran Army, General Kioumars Heydari, Commander of the Iranian Army’s Ground Forces and some of other commanders were present.
The mission was to evaluate the combat operational level of different units and rapid transportation of troops from mainland to the battle and several different indigenous tactics of different special units were tested.

General Kioumars Heydari, Commander of the Iranian Army’s Ground Forces said: Eqtedar 99 is launched with participation of 55th airborne, 65th special and 223rd rapid reaction brigades with support of cargo and attack units of airforce and army aviation.
All the tactics used in the drill are complex and indigenous proportional to the new structure of the army.
The weapons and equipment used are mainly built indigenously and the main goal of the drill is to evaluate the movement and aggressive capabilities of special and rapid reaction brigades and divisions.