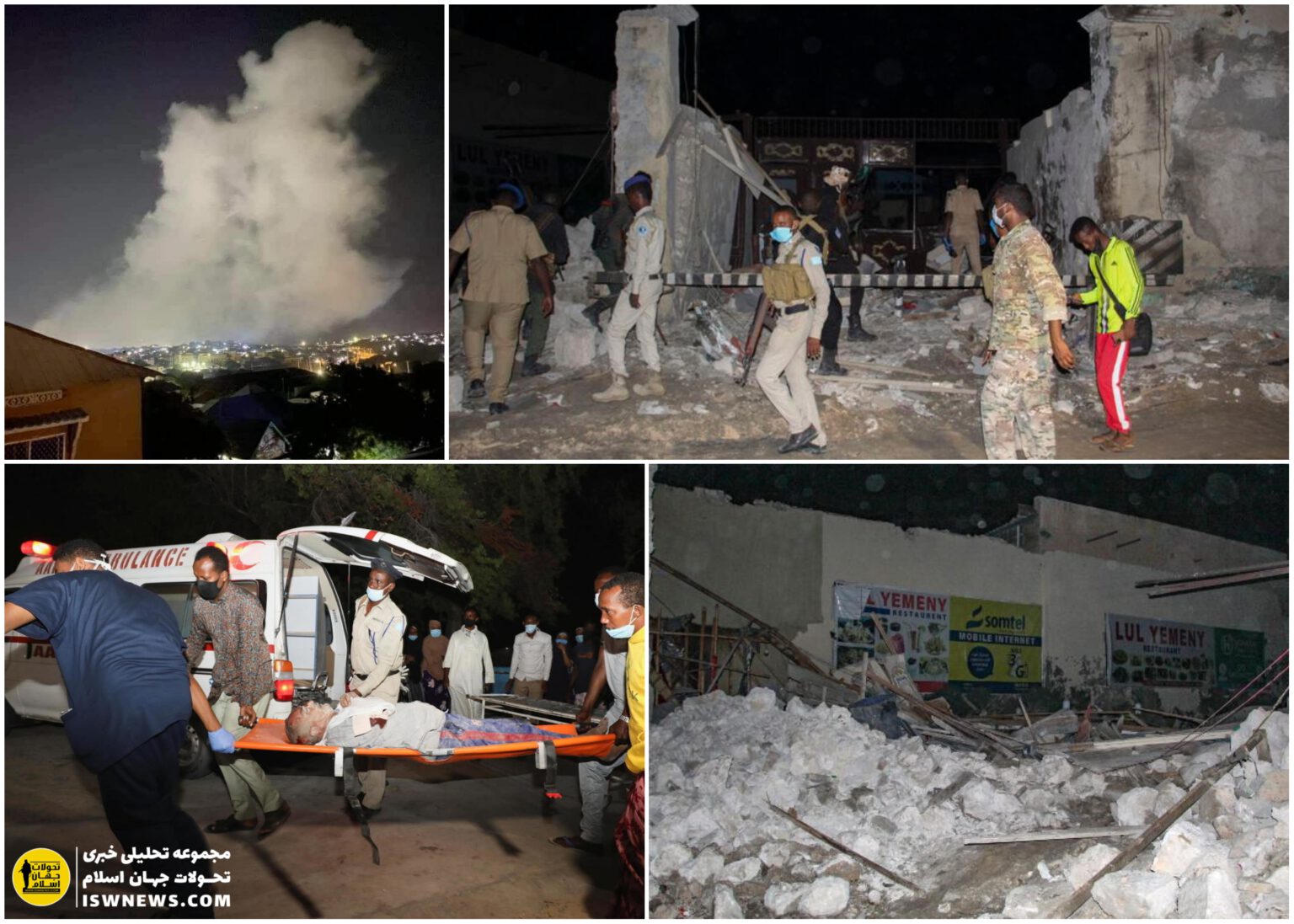 ISWNews Analysis Group: A car bomb blast near a Yemeni restaurant in Mogadishu killed at least 20 people and injured more than 30 others.

The blast caused extensive damage to surrounding buildings and a shopping mall.
The al-Shabab terrorist group claimed responsibility for the attack in a statement.
This is al-Shabab second attack on the city of Mogadishu since the beginning of 2020, and it seems that the reason for the escalation of attacks against the Somali government is the delay in holding a new presidential election, which expired on February 8, 2021.

Al-Shabab also claimed another attack on government forces which had resulted in the release of 400 al-Shabab prisoners from Bossaso Prison on the country’s northern coast. But Somali police denied the claim, saying only few prisoners were escaped and seven policemen were killed in the attack.