The Evacuation of the Militants From Northern Homs Continue 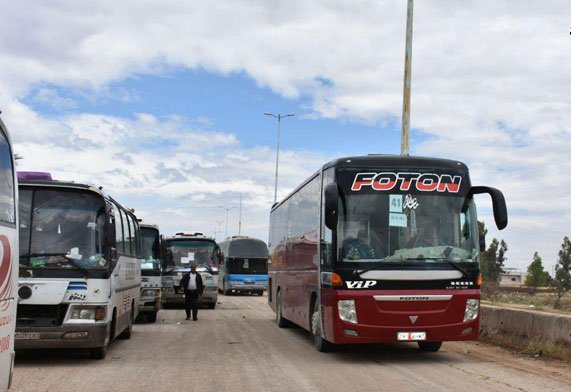 Islamic World News Analysis Group: A new batch of buses entered in village of Samalil in northern Homs to evacuate the last groups of people to the north of Syria.

So far near 32,000 people evacuated from the northern Homs.

Yesterday, Russian forces and the Syrian Armed Forces said in a statement that the evacuation process in northern Homs had ended and the areas had been completely liberated.

However, there are still about 1,500 people who do not want to stay in the region.

Today, buses arrived in the village of Samalil , and the evacuation process will be carried out after Isha’s prayers.