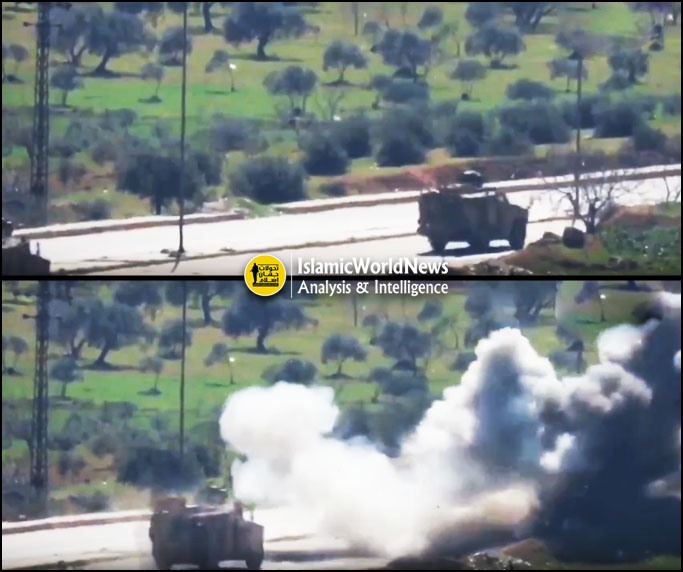 – A convoy of Turkish Army logistical equipment entered the western part of Aleppo through the Kafr Lusin crossing.

– Two children were injured and one child died as a result of an explosion in northwestern areas of Manbij.

– An American convoy consisting of 35 trucks including several tanks, armored vehicles and ammunition entered Syria through the illegal Al-Waleed crossing (Hasakah) and moved to the eastern and northern regions of Syria.

– One civilian was wounded and four houses were destroyed due to the bombardment of the northern areas of Manbij by Turkish-backed militants.

– Turkish-backed militants bombed the village of Sharava on the outskirts of Afrin.

– According to the Russian Center for Reconciliation in Syria, the militants violated the ceasefire 31 times in the Idlib region, including 2 in Aleppo province, 11 in Latakia province, 5 in Hama and 13 in Hama province.

– The village of al-Hamran in the southern outskirts of Jarablus in Aleppo was bombed by SDF forces. This area is the crossing point between the SDF and the militants and a place for the illegal storage of Syrian oil.

– Illegal oil depots of Turkish-backed militants were attacked near Manbij and Al-Bab.
The attack was carried out by Tochka missiles and illegal oil reservoirs near Tarhin village, north of al-Bab and al-Hamran village, northwest of Manbij were bombed.